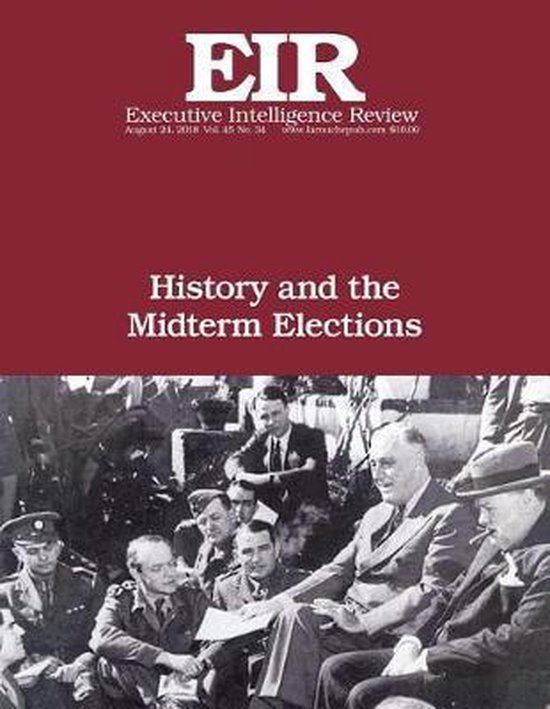 Aug. 20On the one side, there are those rarer moments of history when brains and guts can win the battle to uplift man and his condition far into the future. On the other side, in the decades and centuries between those rare moments, you fight anyway; you never stop. But what you win at these times, rather than immediate victories, is the preparation of the forces which will win the war of the future. The period since the Presidential election, particularly this Autumn, constitutes one of those rarer moments. EIRs founder, the great economist Lyndon LaRouche, responded to the first reports of Donald Trumps election victory in November 2016, by indicating that the rejection of Hillary Clinton, Barack Obama and their forty thieves, was much more than a U.S. event. It was the world as a whole which had repudiated themnot just Americans who were so fed up with this bunch that they couldnt bear to look at them again. The larger historical context of that 2016 election result, which inspires our knowledge of real meaning of the November 2018 midterm elections, is the subject of articles by William Wertz and Lyndon LaRouche in this issue. To try to encapsulate it here, it resembles the closure of the long cycle of history which began April 12, 1945, the day of Franklin Roosevelts untimely death. Through his policies, he had taken us out of the Great Depression. At the same time, he had launched the same New Deal policies throughout the Western Hemisphere in the form of his Good Neighbor policy. The financial side of the Good Neighbor policy was an international credit system, not a monetary system, aimed at economic development, industrialization, and raising the standard of living. It was to be run multilaterally by perfectly sovereign nation-states through a proposed Inter-American Bank. On April 12, 1945, World War II was drawing to a close. Europe and much of Asia had been destroyed, while the United States, with its wartime economic mobilization, had become the greatest productive power the world had ever seen. Around the world, regardless of nation or party, the survivors of that terrible war, almost without exception, looked to the United States and Franklin Roosevelt to lead them to a permanent peace, to reconstruction of the destroyed nations, and to freedom and economic development for the British Empires colonies and semi-colonies of Africa, Asia and the Americas. For them, only that kind of future could possibly redeem the horrors of that war. Franklin Roosevelts design for the postwar world credit system, which became the Bretton Woods system, modelled itself on the credit system of his Good Neighbor Policyand the architects of the latter, especially Harry Dexter White, were then the architects of the original Bretton Woods institutions. Thus, Roosevelt proposed an international credit systemnot a monetary systemwhich would enable yesterdays colonized peoples, now independent sovereign nations, to industrialize and develop advanced full-set economies. Fixed exchange rates, unlike the floating-exchange casino of today, would make large-scale long-term, very-low interest development loans possible, facilitating massive capital exports from the United States, and then other nations, to develop former colonies and semi-colonies. The alliance of Roosevelts Big Four, the United States, Russia, China, and the difficult ally Great Britain, was to be the keystone of the new world credit system, as of the new United Nations Organization. Roosevelt pushed this program through in the teeth of bitter opposition from the British Empire represented by Winston Churchill and John Maynard Keynes, and from the American anglophiles, our Tories, especially on Wall Street.
Toon meer Toon minder