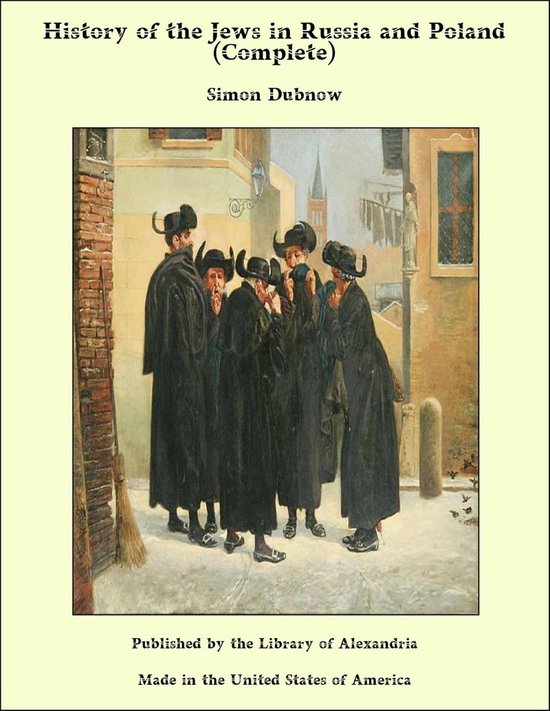 From the point of view of antiquity the Jewish Diaspora in the east of Europe is the equal of that in the west, though vastly its inferior in geographic expansion and spiritual development. It is even possible that the settlement of Jews in the east of Europe antedates their settlement in the west. For Eastern Europe, beginning with Alexander the Great, received its immigrants from the ancient lands of Hellenized Asia, while the immigration into Western Europe proceeded in the main from the Roman Empire, the heir to the Hellenic dominion of the East. Among the ancient Jewish settlements in Eastern Europe the colonies situated on the northern shores of the Black Sea, now forming a part of the Russian Empire, occupy a prominent place. Far back in antiquity the Greeks of Asia Minor and the Ionian Islands gravitated towards the northern shores of the Pontus Euxinus, the fertile lands of Tauris—the present Crimea. Beginning with the sixth century B.C.E., they established their colonies in those parts, whence they exported corn to their homeland, Greece. When, after the conquests of Alexander the Great, Judea became a part of the Hellenistic Orient, and sent forth the "great Diaspora" into all the dominions of the Seleucids and Ptolemies, one of the branches of this Diaspora must have reached as far as distant Tauris. Following in the wake of the Greeks, the Jews wandered thither from Asia Minor, that conglomerate of countries and cities—Cilicia, Galatia, Miletus, Ephesus, Sardis, Tarsus—which harbored, at the beginning of the Christian era, important Jewish communities, the earliest nurseries of Christianity. In the first century of the Christian era, which marks the consolidation of the Roman power over the Hellenized East, we meet in the Greek colonies of Tauris with fully organized Jewish communities, which undoubtedly represent offshoots of a much older colonization.