History of the Third Pennsylvania Reserve Being a Complete Record of the Regiment, with Incidents of the Camp, Marches ... and Battles; Together with the Personal Record of Every Officer and Man During His Term of Service 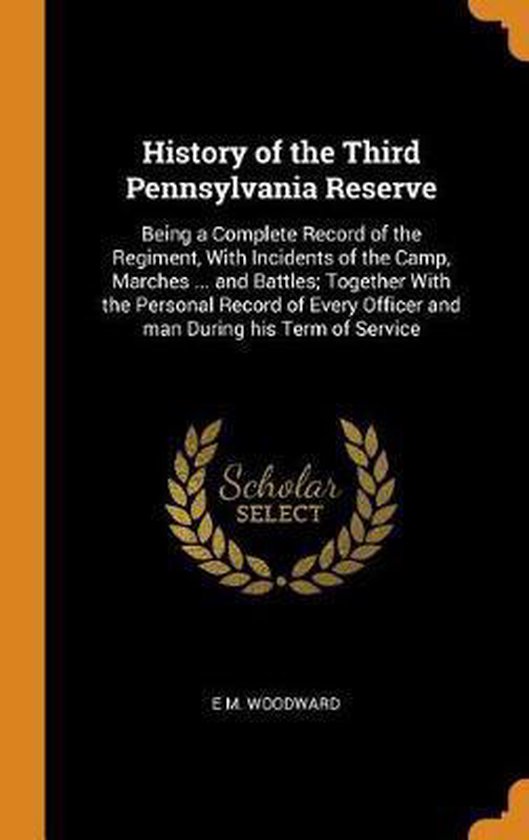 Excerpt from History of the Third Pennsylvania Reserve: Being a Complete Record of the Regiment, With Incidents of the Camp, Marches and Battles; Together With the Personal Record of Every Officer and Man During His Term of Service
So Long as the sword is to be the arbitrator of the differences among nations, the only safety that remains to a government is in the courage of its soldiery. In the late struggle the national unity was preserved, the principles of self-government perpetuated, and every man's right to himself established, through the blessing of God and the bravery of the men who carried the musket, and who led in the deadly conflict. It is a pleasing task to record their deeds of valor, their privations, hardships and sufferings, their fidelity and constancy.
While the regiment preserved its identity in battle and throughout the campaign, it also sustained intimate relations to the brigade, division, corps and army. Therefore, in giving its history, so much of the operations of the higher organizations has been given as to show its relations with them and preserve the thread of the general narrative.
The journal of General Sickel, kept on the field, the regimental books, the reports of battles and campaigns made by general officers, the evidence elicited by the Congressional Committee on the Conduct of the War, the maps of the Engineer Bureau, war books, numerous letters from officers and men, the author's journal, and knowledge of facts, furnish the material for this history.
About the Publisher
Forgotten Books publishes hundreds of thousands of rare and classic books. Find more at www.forgottenbooks.com
This book is a reproduction of an important historical work. Forgotten Books uses state-of-the-art technology to digitally reconstruct the work, preserving the original format whilst repairing imperfections present in the aged copy. In rare cases, an imperfection in the original, such as a blemish or missing page, may be replicated in our edition. We do, however, repair the vast majority of imperfections successfully; any imperfections that remain are intentionally left to preserve the state of such historical works.
Toon meer Toon minder