Hollywood Taxi True Confessions of a Kiss and Tell Driver 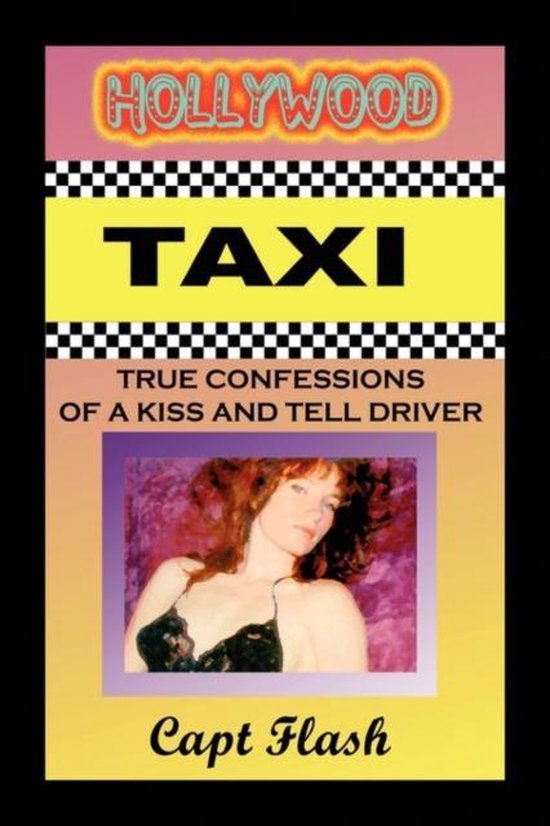 HOLLYWOOD TAXI True Confessions of a Kiss and Tell Driver I first started driving cab in Los Angeles, Calif. In the early 60s. Its a job I returned to over and over again thru the years. Why? Im not sure but I think one of the things is it makes me feel more engaged with life. Its the last of the great adventures. The urban cowboy. The city is a jungle and every trip a gamble. You have time, transportation and money. If something can happen it will. If you break down theyll come get you. Maybe not for a long time but eventually theyll show up. Ive driven off and on for almost forty years. You can only drive so long then the numbers will crunch you. The average driver puts in fifteen hours a week. A cab driver does sixty. You cant be out there that long and not have something happen. If people dont drive you crazy the tickets will break you. Im addicted to art. Driving cab is how I support that addiction. One of the most intense periods was during the 70s. The love generation was in full bloom. The sexual revolution was not far behind. It happened to me in Southern Calif. Hollywood to be exact. Every other person that got in the cab had some kind of exotic stuff. Everyone was screwing everyone else. Life was a party and the cab driver was in the heart of it. Most people sit home and watch T.V. Id get stoned and roam around. The windshield was my T.V. Screen. I remember one night rolling down the freeway. It was an especially balmy night. I had the windows down. The wind felt good blowing thru my hair. I was tripping on the stars. They were like diamonds on a deep velvet background. I noticed a flaw. There was what appeared to be a little oblong T.V. screen in it with a man in one corner. I was trying to figger out what it was when the man moved. I had someone in the cab who I had completely forgotten about. To make matters worse I didnt know where I was at. Night after night it was like that. I carried a gun till I discovered it didnt shoot, then I started carrying a camera. A 35 mm Minolta. I pushed Tri-x film to 3200 ASA. I eventually shot 32 rolls of 36 exp. This became my first book, TAXI TIMES a photo documentary of night time cab driving. I also wrote down story after story. The characters I met and the situations I became involved in were endless. They weave a fascinating tale of the human condition that Mark Twain would love. Im fond of saying, everything you ever heard about those people out there, the sex, the drugs, the violence....its all true and the some. Ive also said there are three kinds of people there; artist actors and illegal aliens. Did I mention whores. Lots and lots of whores. People often ask if I came across anybody famous. Heres a clue, Good evening Mr. and Mrs. America. Whos that? Walter Winchell outside the Cocanut Grove. The girl who danced with Michael Jackson in the thriller video, Lola Rae. Had her in the cab a couple of times. The first time she was crying because her Iranian boyfriend wouldnt marry her as fast as she wanted. I came across Rod Stewart one night and didnt even know it was him. Id taken a call in Beverly Hills. Someone let me in a gate. He went inside. I turned around and parked. Soon a little blond haired guy comes out and asks me how much to go somewhere. He goes back inside and pretty soon some girls come out and get in the cab. The following week I get another call for the same address. This time its the guy who let me in the first time. He was to going to a see and be seen spot. I asked him who lives there. That was Rod Stewart who came out and asked me how much. I think but Im not sure I had a very drunk Burt Bacherach in the back once. For every real actor that got in there were many who were wanna bes and they had a captive audience the driver. Two actors meet in Hollywood. One asks the other wh