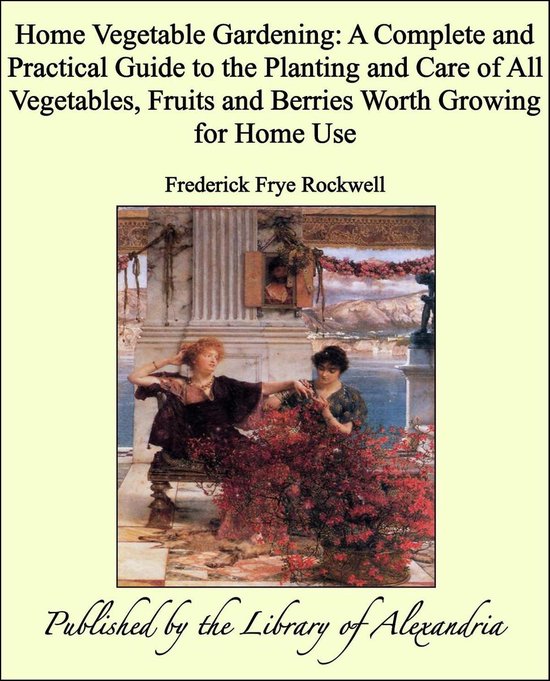 Formerly it was the custom for gardeners to invest their labors and achievements with a mystery and secrecy which might well have discouraged any amateur from trespassing upon such difficult ground. ''Trade secrets'' in either flower or vegetable growing were acquired by the apprentice only through practice and observation, and in turn jealously guarded by him until passed on to some younger brother in the profession. Every garden operation was made to seem a wonderful and difficult undertaking. Now, all that has changed. In fact the pendulum has swung, as it usually does, to the other extreme. Often, if you are a beginner, you have been flatteringly told in print that you could from the beginning do just as well as the experienced gardener. My garden friend, it cannot, as a usual thing, be done. Of course, it may happen and sometimes does. You might, being a trusting lamb, go down into Wall Street with 10,000 [Ed. Note: all monetary values throughout the book are 1911 values] and make a fortune. You know that you would not be likely to; the chances are very much against you. This garden business is a matter of common sense; and the man, or the woman, who has learned by experience how to do a thing, whether it is cornering the market or growing cabbages, naturally does it better than the one who has not. Do not expect the impossible. If you do, read a poultry advertisement and go into the hen business instead of trying to garden. I have grown pumpkins that necessitated the tearing down of the fence in order to get them out of the lot, and sometimes, though not frequently, have had to use the axe to cut through a stalk of asparagus, but I never ''made 17,000 in ten months from an eggplant in a city back-yard.'' No, if you are going to take up gardening, you will have to work, and you will have a great many disappointments. All that I, or anyone else, could put between the two covers of a book will not make a gardener of you. It must be learned through the fingers, and back, too, as well as from the printed page. But, after all, the greatest reward for your efforts will be the work itself; and unless you love the work, or have a feeling that you will love it, probably the best way for you, is to stick to the grocer for your garden. Most things, in the course of development, change from the simple to the complex. The art of gardening has in many ways been an exception to the rule. The methods of culture used for many crops are more simple than those in vogue a generation ago. The last fifty years has seen also a tremendous advance in the varieties of vegetables, and the strange thing is that in many instances the new and better sorts are more easily and quickly grown than those they have replaced. The new lima beans are an instance of what is meant. While limas have always been appreciated as one of the most delicious of vegetables, in many sections they could never be successfully grown, because of their aversion to dampness and cold, and of the long season required to mature them. The newer sorts are not only larger and better, but hardier and earlier; and the bush forms have made them still more generally available. Knowledge on the subject of gardening is also more widely diffused than ever before, and the science of photography has helped wonderfully in telling the newcomer how to do things. It has also lent an impetus and furnished an inspiration which words alone could never have done. If one were to attempt to read all the gardening instructions and suggestions being published, he would have no time left to practice gardening at all. Why then, the reader may ask at this point, another garden book? It is a pertinent question, and it is right that an answer be expected in advance. The reason, then, is this: while there are garden books in plenty, most of them pay more attention to the ''content'' than to the form in which it is laid before the prospective gardener. The material is often presented as an accumulation of detail, instead of by a systematic and constructive plan which will take the reader step by step through the work to be done, and make clear constantly both the principles and the practice of garden making and management, and at the same time avoid every digression unnecessary from the practical point of view. Other books again, are either so elementary as to be of little use where gardening is done without gloves, or too elaborate, however accurate and worthy in other respects, for an every-day working manual. The author feels, therefore, that there is a distinct field for the present book