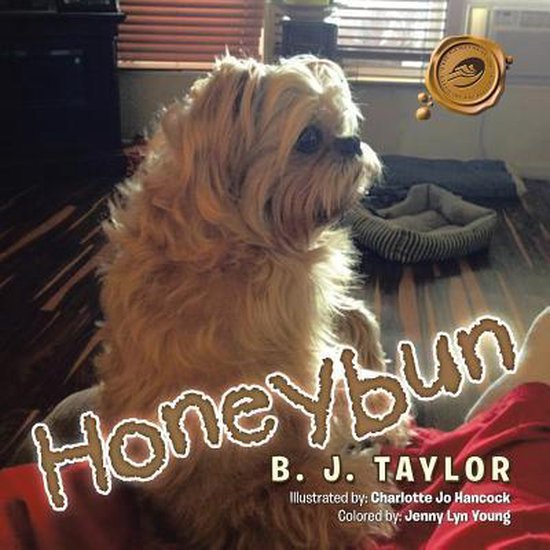 Honeybun is a Lhasa Apso. The Lhasa Apso was once a native of Tibet and was used as a watchdog in palaces. No longer guarding palaces, they are loyal family companions, taking their watchdog jobs seriously. Honeybun takes her job seriously, until someone bends down to pet her. She starts to growl, but immediately turns over on her back to have her tummy rubbed. Honeybun loves everybody. She is very lonely after school begins, and her curiosity gets the best of her. After her masters, Mother, Father, Craig, Brad, and Chad leave for work and school, she jumps on the gate when she hears a dog barking, and it opens. Being curious about the beautiful, black, curly dog in her yard, she plays with him and follows him into the neighborhood until she is hopelessly lost. While searching for her home and her backyard, she plays with some kids along the way. Then, some boys throw rocks at her because she keeps chasing them as they ride their bicycles. Eventually, her three boy masters find her and take her home. Time passes and Honeybun begins to eat ravenously and gain weight. She tears and hides old newspapers under a shelf. Then, one day Honeybun builds a nest of the torn newspapers on her bed, and when her masters return from work and school, she has a big surprise for them.
Toon meer Toon minder