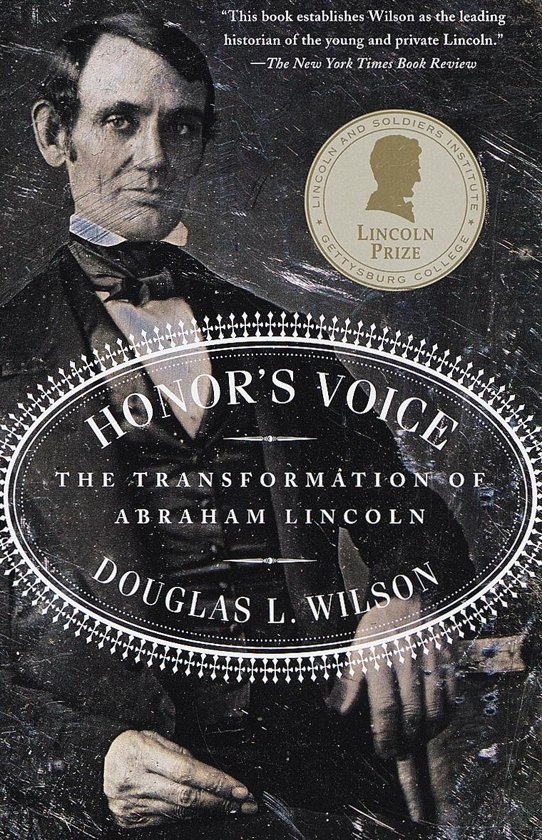 Abraham Lincoln's remarkable emergence from the rural Midwest and his rise to the presidency have been the stuff of romance and legend. But as Douglas L. Wilson shows us in Honor's Voice, Lincoln's transformation was not one long triumphal march, but a process that was more than once seriously derailed. There were times, in his journey from storekeeper and mill operator to lawyer and member of the Illinois state legislature, when Lincoln lost his nerve and self-confidence - on at least two occasions he became so despondent as to appear suicidal - and when his acute emotional vulnerabilities were exposed.


Focusing on the crucial years between 1831 and 1842, Wilson's skillful analysis of the testimonies and writings of Lincoln's contemporaries reveals the individual behind the legends. We see Lincoln as a boy: not the dutiful son studying by firelight, but the stubborn rebel determined to make something of himself. We see him as a young man: not the ascendant statesman, but the canny local politician who was renowned for his talents in wrestling and storytelling (as well as for his extensive store of off-color jokes). Wilson also reconstructs Lincoln's frequently anguished personal life: his religious skepticism, recurrent bouts of depression, and difficult relationships with women - from Ann Rutledge to Mary Owens to Mary Todd.


Meticulously researched and well written, this is a fascinating book that makes us reexamine our ideas about one of the icons of American history.