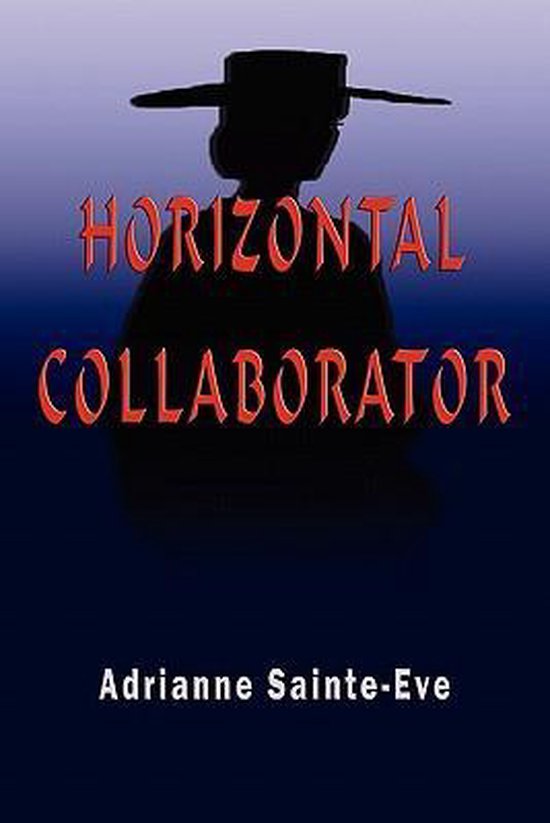 Horizontal Collaborator takes place in Europe, from the turn of the twentieth century through World War 1. We are introduced to the eccentric lifestyle of the Hungarian nobility, and is sharply contrasted to the childhood of Gabrielle Violette Clary, an illegitimate peasant born in the countryside of Lorraine in France.

Violette becomes a streetwise Parisienne, reveling in the unconventional café life of the period. She scratches out a living in Montmartre, amid surroundings that attract artists as well as a wide variety of other characters, some intelligent, worldly people, and some who are merely bizarre.

Through her dubious connections, she is presented with an opportunity to work for the French Chief of the Fifth Bureau as a double agent during the war. Despite the misgivings of the Entente, the Chief dispatches her to Spain with instructions to do what she can to infiltrate the German intelligence network.. After a brief training course in "spy school," Violette boldly embarks on her ambitious undertaking armed only with her street brashness and extreme naiveté.

She subsequently becomes the mistress of the chief of German Naval Intelligence, Baron Leo von Beringer. Her assurance is severely tested as she wonders how far she can go in her deception of an extremely high-ranking German officer.

A theme of interconnectedness unfolds between the characters, though they are widely scattered throughout France and Spain and the great empires of Prussia and Austria-Hungary. We follow the various threads of their lives as they converge. As she navigates through sharply contrasting class and culture differences, we see their bizarre similarities as well as their differences. They are rife with contradictions, nothing is simply black or white, everyone who lives is shackled by his own endless misperceptions and delusions, and lives are connected in mysterious and seemingly coincidental ways.

AN INTERVIEW WITH ADRIANNE SAINTE-EVE Q: When did you first realize you wanted to write this book?
A: I read a lot and in the back of my mind had thought about writing for most of my life. I was reading a novel and suddenly thought that this was something I could absolutely do right now, so I finally decided to just start. It gained momentum and just grew on it's own.

Q: How long did it take you to write this book?
A: It took almost a year from start to completion. I had to keep stopping and do some research on certain aspects. At the end I worked several hours a day for about four months straight.

Q: Where did you get your information or ideas for your book?
A: I was always fascinated by the Mata Hari, but there were already so many books written about her. The thing that really appealed to me was that women spies did exist during the first world war, and that they were always assumed to be seductresses. During that time it was thought that would be the most effective and logical use for them.

Q: What do you think makes a good story?
A: Any story is really about the characters in it. They have to be believable and human. We have to care about what happens to them, or at least to relate to them.

Q: How much of the book is realistic?
A: It is actually very realistic, according to the research I did and what I read and was told from family stories handed down, etc.

Q: What kind of books do you read?
A: I read everything, picking things up randomly. If I become bored I stop and start reading something else.

Q: What are your current projects?
A: I'm working on another novel, referring to some of the characters in Horizontal Collaborator as they go on with their lives.

Q: How did you come up with your characters?
A: Timely Inspirations! It is very enjoyable to be able to say and do whatever outrageous thing you want through a fictional character.