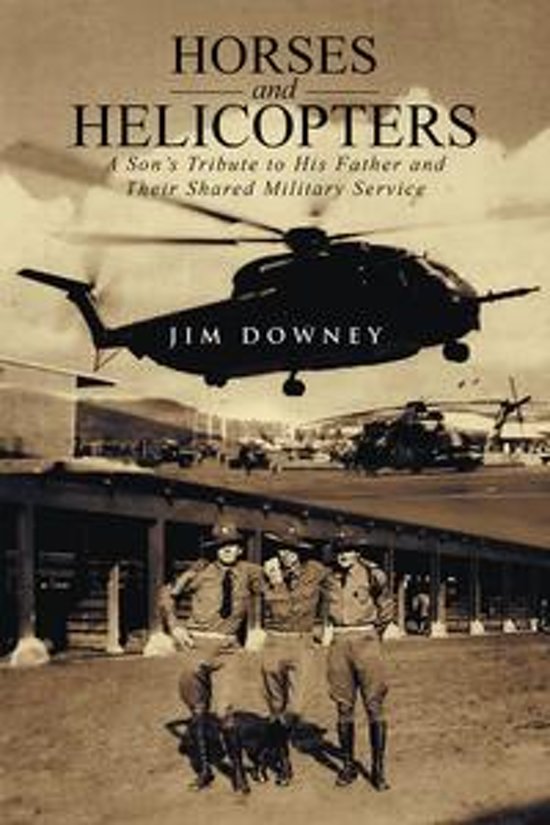 Horses and Helicopters, is about my father Major James R. Downey JR, US Army Retired and Technical Sgt. James R. Downey III. MA, US Air Force Retired, and their military experiences. [Part I] "Horses" is an chronological review of "Pops" travel. He did not talk much about experiences except when he and his military friend met and I happened to be listening. My thought was that I would at least leave a little taste for my kids. It would have been nice if I knew more about that part of his life. It all really got started when I received a questioner from one of the fighter squadrons I had the privilege being part of during the Vietnam Conflict. After Vietnam. I put the questioners on a computer and would work on answering the questions time permitted. I used the question as a guide; the answer might not have anything to do with the question, but did key a memory. Each question has three responses, DaNang, Udorn, and Korat. About half way through the questions I became curious about what "POPs" experience were, so I went through all his pictures and papers to include some research information. I had to do his chronologically because I could not ask him questions. He died in 1986. He enlisted at the age of 16 in the Horse Calvary 1927 breaking horses, thus the Horse part of the book. He is on the cover and is the trooper in the middle. His travels started in 1930 to the Philippines & China, 1932 when Japan invaded. . In the 1940's he went from being a First Sargent of a Negro Artillery Battalion to 2nd Lieutenant. England, France, and Germany were next, and then back to the Philippines for the X Day invasion. Then 1949, WE went back to Germany as a family for three years occupation forces. In 1955 and after 28 years he retired. [Part II] "Helicopters" is about my 3 tours to The Republic of Vietnam (RVN). [1] In 1966 1967 Danang, (RVN) "Rocket City, Musical chairs and Russian roulette". 366 Tactical Fighter Squadron, F4 Phantoms. [2] In 1969 1970, Udorn, Thailand, L98 Laos, and Vietnam 40th ARRS, HH-53 aircraft. [3] In 1972 1973 Karat, Udorn Thailand, Ben Hoa RVN," Again with the rockets" 354 TFW. A7D aircraft. Some pictures are included. It is easier to use the Table of Contents as a guide.