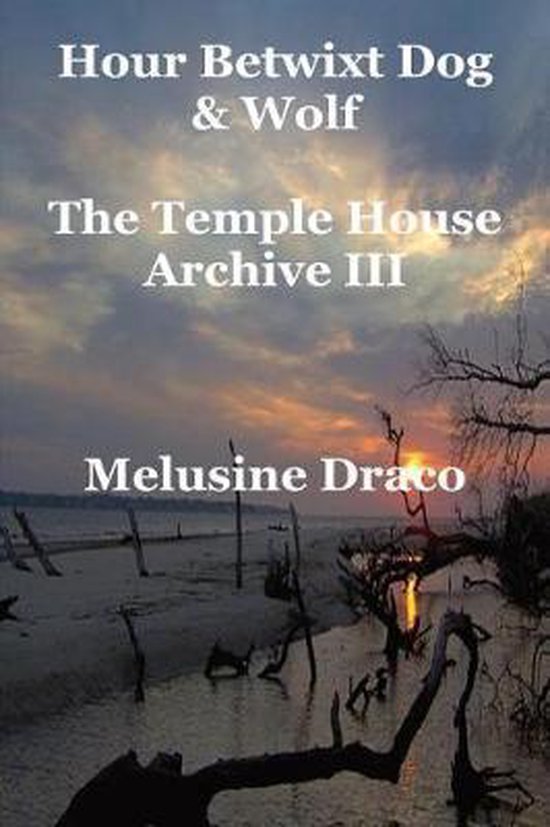 The 'Hour Betwixt Dog and Wolf' is taken from a French saying 'L'heure entre chien et loup' and refers to the moments after sunset when the sky darkens and vision becomes unclear, making it difficult to distinguish between dogs and wolves, friends and foe, good from evil. When confronted by what appears to be creatures from the ancient race of dog-headed men, the Cynocephali, the Temple House embarks on one of its strangest cases to date. The Temple House was founded in 1586 in England during the reign of Elizabeth I as an off-shoot of Sir Francis Walsingham's recently created intelligence service, inaugurated to investigate the growing popularity of esoteric learning that was occupying the interests of the Elizabethan intelligentsia. For this he recruited the descendants of the Knights Templar who had remained in England following the destruction of their Order. Drawing on this veritable mine of esoteric knowledge and experience of international intrigue, the Temple House was established to combat 'evil forces' of a human or supernatural agency, and those who would use occult power for destructive purposes. The current members of the Temple House, or 'the Nine' as they are referred to in memory of the original nine founder members of the Order, are all specialists and magical practitioners in the diverse fields of occultism and its relevant histories.
Toon meer Toon minder