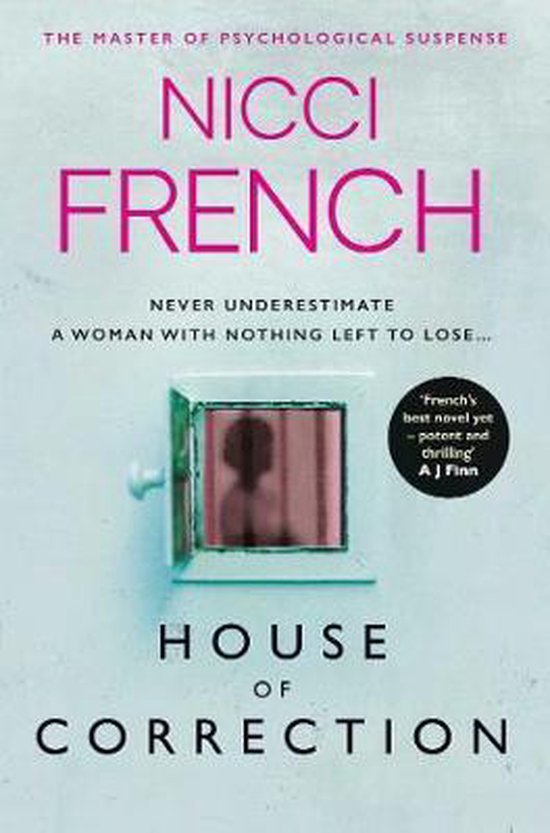 THE NEW THRILLER FROM THE MASTER OF PSYCHOLOGICAL SUSPENSE She's a murderer. Everyone knows she killed Stuart Rees - why else would his dead body be found in her shed? So now Tabitha is in prison, awaiting trial. Coming back to the remote coastal village where she grew up was a mistake. She didn't fit in then, and she doesn't fit in now. That day is such a blur, she can't remember clearly what happened. There is something she is missing, something important... She only knows one thing. She is not capable of murder. And the only one she can trust to help her out of this situation is herself. So she must fight. Against the odds. For her life. Beautifully written about prejudice, loneliness and fighting spirit, this new book by Nicci French is shocking, twisty and utterly compelling. Praise for House of Correction: 'A novel that blissfully plays with two genres: on the one hand an against-the-odds legal thriller a la John Grisham... and on the other a Miss Marple whodunnit set in a Devon village, where the amateur sleuth is herself the prime suspect and has to conduct her investigation from jail' Sunday Times 'Nicci French husband-and-wife writing team responsible for some of the UK's best psychological thrillers have created a gem of a protagonist in Tabitha, who sets out to investigate what happened to herself, from prison... House of Correction allows the readers to puzzle out what happened alongside Tabitha, while cheering her effort' Observer 'First-class' Independent 'The husband-and-wife team of Nicci Gerrard and Sean French... have taken the ingredients of the classic village mystery and transformed them into something up to date and gripping' Literary Review 'Gritty and moving - the husband-and-wife team have scored another hit' Best 'A twisty and shocking read' Bella 'Engrossing... In this clever courtroom drama, Tabitha is on trial for the murder of a neighbour. The evidence against her is strong and due to the medication she takes, she has virtually no memory of what happened, but she's sure she's innocent and has to build a case to clear her name' Good Housekeeping 'I wanted everything to stop so I could read this book, there was something that grabbed me from the opening... This is a clever, well-crafted novel with twists and turns right until the end... Definitely a favourite read of mine for 2020' Woman's Way (Ireland) 'Describing it as a suspenseful prison thriller, or riveting courtroom drama doesn't do this meticulously written detective novel justice... As well as its finely drawn characters and clever storyline, this is a novel that provokes you into pondering the workings of the wider justice system, police methods and prison life' Bookanista 'Great writing, razor-sharp plotting, and powerful characterisation. I was 100 pages in before I even drew breath, and I defy anyone to see the ending coming' Cara Hunter 'Part ingenious locked-room mystery. Part you've-got-the-wrong-person nightmare drama. Part intricate memory game. Yet all seamlessly woven together. French's best book yet' A J Finn 'Clever, compelling, original and twisty. This unputdownable David-and-Goliath story has the flawed, funny, totally unforgettable Tabitha at its heart and I read until the early hours, desperate to know her fate' Erin Kelly
Toon meer Toon minder