How to be More Man Than Your Woman 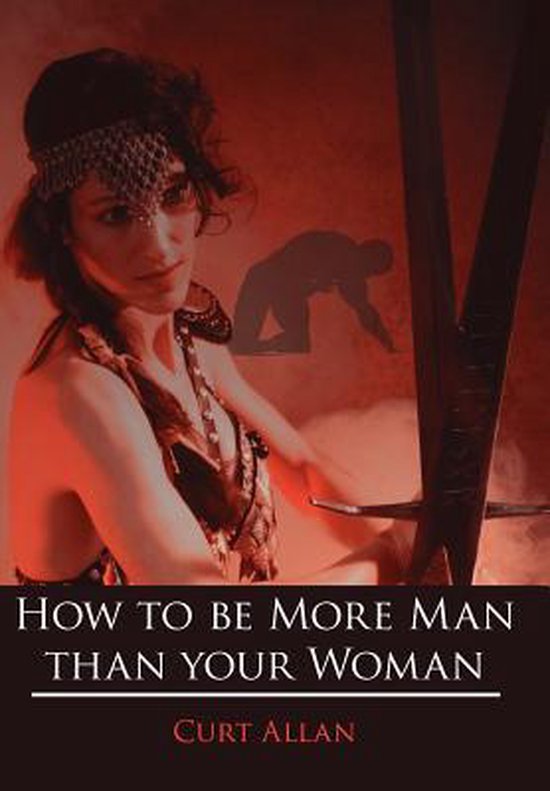 These stories and statements have been written with an unbiased pen, and nor has this been written with an unmerited prejudice toward women and men, but only on facts about the way most couples act in a relationship. The struggle for control and dominance among men and women is present in almost every relationship in the United States and is spreading fast throughout other free countries around the world. Control and dominance has taken the place of honor and respect. The only positive side to this miserable state of destitution that man has brought upon himself due to his uncontrollable desire for sex is the humor in it all. Even the most reputable of tough men seem so tranquil in the hypnotic, drunken stupor that men are reduced to from this unexplainable emotion called love. This really is the main objective of this book, to examine, expose, and exploit the silly things we do over this crazy little thing that we call love. This book is filled with many different facts, examples, opinions, and truths, along with plenty of humor that will keep the readers interest. Although this book has been written from the point of view of a man, I believe the reader will find the author is equally critical of both genders, and possibly just a little more critical of the emotional weaknesses expressed from his own gender: the male race. This book is also provocative, offensive, and very controversial, but if read with an open mind, I do believe the reader will enjoy the contents pertaining to these stories about the many foolish things men and women will do for love. Countless songs, books, and movies have been made from this subject. Love is the most powerful force of energy ever known to mankind. It has been said, "The truth isn't always kind," and that sometimes "the truth cuts like a knife," but regardless of the offense, the truth is what it is, true The Author boasts that his explosive tell it like it really is book is potentially one of the most controversial books ever written second only to the bible. Through satirical expression this book is written out understandably in layman's terms so that the contents of this book is clear to whom it refers, the backbone of America in this society: the commoners. Unlike many male authors who write about the sexes, you will not find this author dancing around the issues of truth because he may fear a group or groups of people over political and personal career interest such as talk show hosts and their special guest psychologist will do when they discuss the issues of the genders. I can assure you the reader will discover that when it comes to the subjects of men and women, this is not some "tell you what you want to hear book," but rather this is a "tell you like it really is book " You can liken this Author as the "Simon" of relationship psychology - a straight shooter In the contents of this book, you will also find the unveiled exposure of candid information from the minds of men. The view of a male for a woman will never be the same. Men and women both need to take a step back from this big circle of confusion, and take a long hard look into that boiling hot cauldron of emotions that we call love, and see just how foolish women and men really are when it comes to the four letter word that we call L-O-V-E.
Toon meer Toon minder