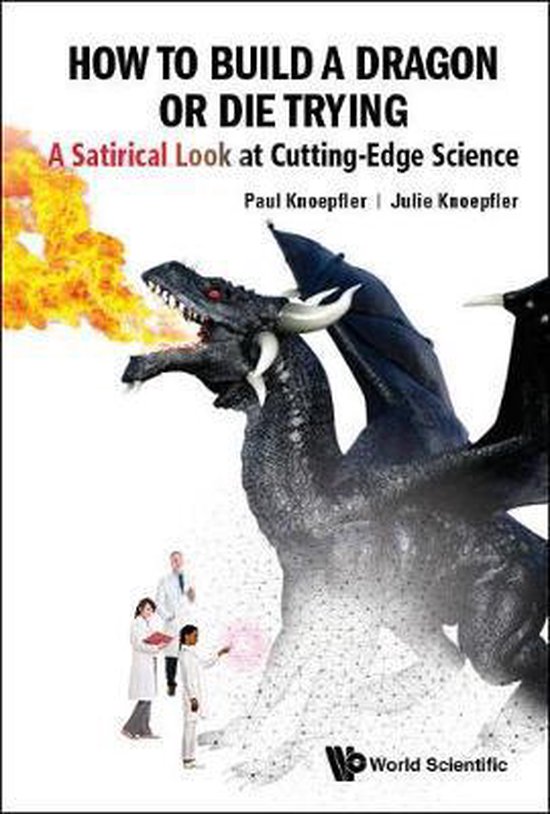 'This co-authored book explores how advances in cell biology, CRISPR gene editing and bioengineering might be used to make a live dragon. The result is a gloriously tongue-in-check scientific epic ... How to Build a Dragon or Die Trying is deliberately flamboyant and outrageous. ItaEURO (TM)s also funny and smart. Far from a how-to guide for neaEURO (TM)er-do-wells to weaponize reptiles, it is designed to spark healthy curiosity in anyone who enjoys a ripping good science read.'NatureWhat if you could have your own real dragon? While that might seem like just a fantasy, today cutting-edge science has brought us to the point where it might really be possible. This book looks into the possibilities of making living, fire-breathing dragons. The world has been fascinated with dragons for thousands of years. Fictional dragons still have a firm place in pop culture, such as Smaug from The Hobbit as well as the dragons in Game of Thrones and in the How to Train Your Dragon movies. This new book discusses using powerful technologies such as CRISPR gene editing, stem cells, and bioengineering to make real dragons. It also goes through what useful information we can learn from animals such as Pteranodons and amazing present-day creatures in our quest to build actual dragons. The book goes on to discuss the possibility of building other mythical creatures such as unicorns and mermaids. Overall, How to Build A Dragon is also meant as a satirical look at cutting-edge science, and it pokes fun at science hype. Anyone who is interested in dragons or cutting-edge science will enjoy this book! It is written in a humorous, approachable way making science fun and easy to understand, including for young adults.The author is well-known scientist Paul Knoepfler who is familiar to the public for his science, his blog The Niche, and his frequent contributions to lay stories on new science concepts such as stem cells and CRISPR. He also is known for his TED talk on designer babies with more than 1.3 million views, and his two books - . The co-author, his daughter Julie Knoepfler, is a high school student interested in science and writing. She has her own blog on literary and film analysis, and enjoys taking a humorous look at culture through writing.
Toon meer Toon minder