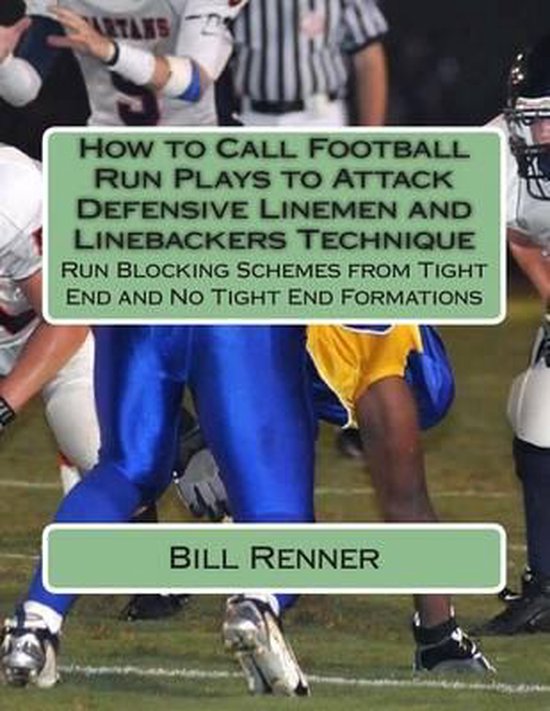 An effective running game begins with using the right blocking schemes versus the defensive scheme you are facing. As a veteran football coach of 30 years, Coach Renner has acquired game tested knowledge of run blocking schemes and applied it to a system that can be reproduced. He coached the offensive line for 17 years as a head coach. Using over 50 blocking diagrams he details blocking schemes for inside zone, outside zone, counter, trap, sweep, power and belly. He shows how to use them with or without a tight end in the formation and how to attack a 4-3, 4-2-5, 3-4, 3-5-3 and Bear defense. He describes defensive line techniques and diagrams what blocking scheme works best to attack it. He shows how to use formations to put the defensive linemen and linebackers in the right place to attack them with a good blocking scheme. He details and diagrams the blocking scheme that works best versus each defensive lineman’s technique. He shares with you his process of using formations, ball field position and blocking schemes to call a good run play every time. As a result, his offense has scored in 142 straight games, won 70% of their games over the past 10 years and won championships. This was accomplished at four different high schools in two different states with only one division 1 lineman. It proves you don’t need big lineman. You just need to use technique, leverage and a blocking scheme that takes advantage of the defender’s techniques. How to Call Football Run Plays to Attack Defensive Linemen and Linebackers Technique details a blocking system that will do that.
Toon meer Toon minder