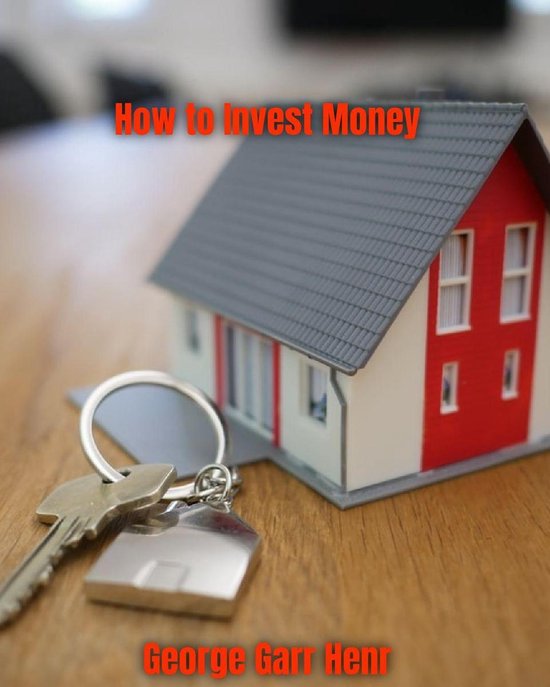 The aim of this book is to present in clear form the simple principles of investment, and to afford the reader a working knowledge of the various classes of securities which are available as investments and their relative adaptability to different needs. The book is an outgrowth of the writer's personal experience as an investment banker. Most of the matter which is presented has appeared in the pages of ''System'' Magazine, through the courtesy of whose editors it is now rearranged and consolidated for publication in book form.

It takes the topic of how to invest money and ensures only a ''well bred'' english gentleman would every have the time or patience to be able to read about basic financial assets. A quick google search about stocks, bonds, mutual funds, and etfs will serve a modern investor far better than the entirety of this book.


With the immense increase in wealth in the United States during the last decade and its more general distribution, the problem of investment has assumed correspondingly greater importance. As long as the average business man was an habitual borrower of money and possest no private fortune outside of his interest in his business, he was not greatly concerned with investment problems. The surplus wealth of the country for a long time was in the hands of financial institutions and a few wealthy capitalists. These men, the officers and directors of banks, savings-banks, and insurance companies, and the possessors of hereditary wealth, were thoroughly equipped by training and experience for the solving of investment problems and needed no help in the disposition of the funds under their control. During the last ten years, however, these conditions have been greatly altered. The number of business men to-day in possession of funds in excess of their private wants and business requirements is far greater than it was ten years ago, and is constantly increasing. These men are confronted with a real investment problem.

While they have not always recognized it, the problem which they are called upon to solve is really twofold—it concerns the safeguarding of their private fortune and the wise disposition of their business surplus. They have usually seen the first part of this problem, but not all have succeeded in clearly understanding the second. When the treatment of a man's business surplus is spoken of as an investment problem, it is meant, of course, not his working capital, which should be kept in liquid form for immediate needs, but that portion of his surplus which is set aside for emergencies. It is coming to be a recognized principle that every business enterprise of whatever kind or size should establish a reserve fund. It is felt that the possession of a reserve fund puts the business upon a secure foundation, adds to its financial strength and reputation, and greatly increases its credit and borrowing capacity. The recognition of this fact, combined with the ability to set aside a reserve fund, has brought many men to a consideration of the best way in which to dispose of it. It is obviously a waste of income to have the surplus in bank-accounts; more than that, there would be a constant temptation to use it and to confuse it with working capital. Its best disposition is plainly in some safe interest-bearing security, which can be readily sold, so that it will be available for use if necessity demands.

Confronted with the double problem thus outlined, what measure of success has attended the average business man in its solution?

It is safe to say that the average man has found it easier to make money than to take care of it. Money-making, for him, is the result of successful activity in his own line of business, with which he is thoroughly familiar; while the investment of money is a thing apart from his business, with which he is not familiar, and of which he may have had little practical experience. His failure to invest money wisely is not due to any want of intelligence or of proper care and foresight on his part, as he sometimes seems to believe, but simply because he is ignorant of the principles of a business which differs radically from his own.

The investment of money is a banker's business. When the average man has funds to invest, whether he be a business man or a pure investor, he should consult some experienced and reliable investment banker just as he would consult a doctor or a lawyer if he were in need of medical or legal advice. This book is not intended to take the place of consultation with a banker, but to supplement it.

The advantage of such consultation is shown by the fact that if a man attempts to rely on his own judgment, he is almost certain not to do the best thing, even if his business instinct leads him to avoid those enterprises which are more plainly unpromising or fraudulent. It should be remembered, however, that widows and orphans are not the only ones ensnared by attractive advertisements and the promise of brilliant returns. In most cases, widows' and orphans' funds are protected by conscientious and conservative trustees, and it is the average business man who furnishes the money which is ultimately lost in all propositions which violate the fundamental laws of investment.

The average man is led into these unwise investments through a very natural error of judgment. Accustomed to take reasonable chances and to make large returns in his own business, he fails to detect anything fundamentally wrong in a proposition simply because it promises to pay well. He forgets that the rate of interest on invested money, or pure interest, is very small, and that anything above that can only come as payment for management, as he makes in his own business, or at the sacrifice of some essential factor of safety which will usually lead to disaster.

I. General Principles of Investment 7