How to Make Your Low-Budget or No-Budget Digial Movie 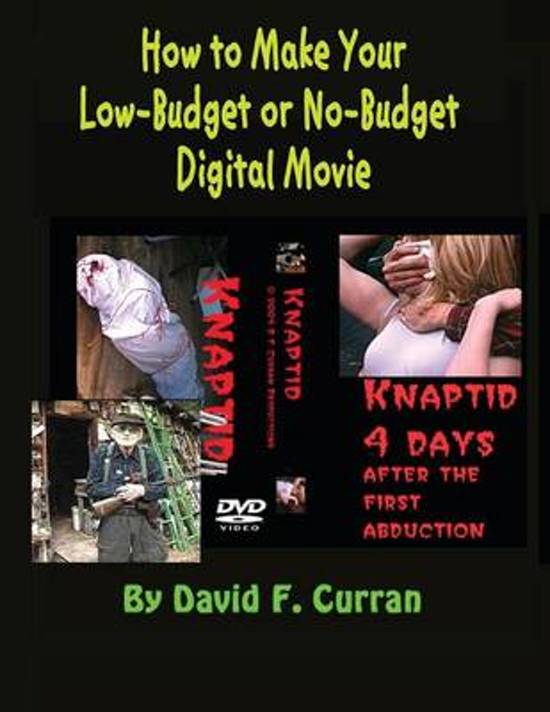 You can make your feature film even with very little money. The author's first feature film KNAPTID: 4 DAYS AFTER THE FIRST ABDUCTION was made with a minuscule budget of $6,000. This budget went almost entirely to actor's salaries. If you can find actors to work for nothing, or who are willing the defer their salaries, you could make your feature film for much much less. This book describes with detailed example how you can make your movie on an almost non-existent budget. It discusses everything you need to know from getting or writing a great story to dealing with actors. It gives guidelines to choosing and obtaining equipment rather than going in depth on specific equipment which due to today's rapidly advancing technology may be outdated tomorrow. It discusses the important issues you as a filmmaker need to know. Do you need workman's comp? How do you plan to shoot your movie? Do you always have to have permission? (The author describes how making his first short film--a film that was the number one most- watched online-video during Fox's "On the Lot" show--involved sneaking cast and crew into a city cemetery.) If you feel intimidated because you don't know how to:Decide what scenes to shoot and in what order? How to deal with problem actors? How to cope if everything seems to be going wrong?Don't be. The examples in this book will help you and guide you on your way to you own Independent film.Says the author, "There are many great books out there on movie making, but I found that I didn't seem to be the audience most of the books were intended for. Instead of talking about how they made their little film, they start talking about how to make a Hollywood style—and here I don't mean Hollywood quality because we can all make quality films, when I say Hollywood style, I mean Hollywood spending, as if you suddenly are going to become rich before even making your first movie, and can afford sound trucks, and huge crews, etc. "This book is for the little guy/gal who really wants to make a feature film with very little money."
Toon meer Toon minder