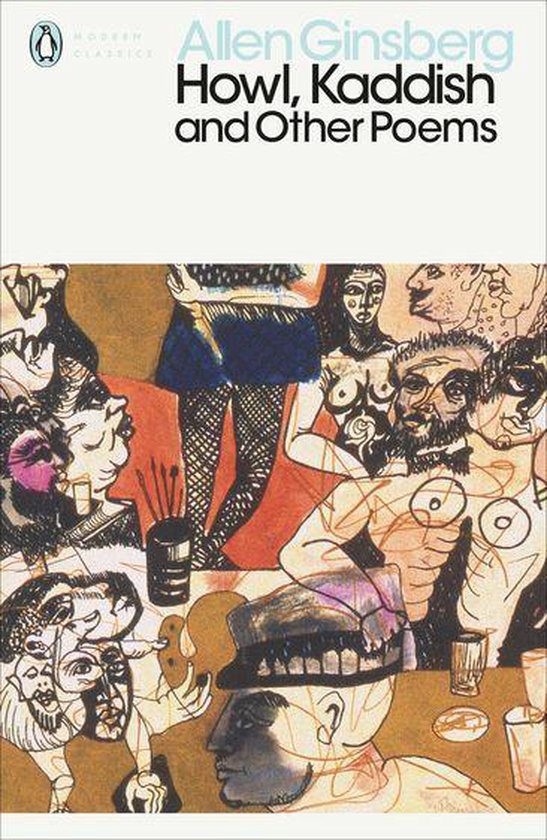 Allen Ginsberg was the bard of the beat generation, and Howl, Kaddish and Other Poems is a collection of his finest work published in Penguin Modern Classics, including 'Howl', whose vindication at an obscenity trial was a watershed moment in twentieth-century history.


'I saw the best minds of my generation destroyed by madness, starving hysterical naked'


Beat movement icon and visionary poet, Allen Ginsberg broke boundaries with his fearless, pyrotechnic verse. This new collection brings together the famous poems that made his name as a defining figure of the counterculture. They include the apocalyptic 'Howl', which became the subject of an obscenity trial when it was first published in 1956; the moving lament for his dead mother, 'Kaddish'; the searing indictment of his homeland, 'America'; and the confessional 'Mescaline'. Dark, ecstatic and rhapsodic, they show why Ginsberg was one of the most influential poets of the twentieth century.


Allen Ginsberg (1926-97) was an American poet, best known for the poem 'Howl' (1956), celebrating his friends of the Beat Generation and attacking what he saw as the destructive forces of materialism and conformity in the United States at the time. He was inducted into the American Academy of Arts and Letters, was awarded the medal of Chevalier de l'Ordre des Arts et des Lettres by the French Minister of Culture, won the National Book Award for The Fall of America and was a co-founder of the Jack Kerouac School of Disembodied Poetics at the Naropa Institute, the first accredited Buddhist college in the Western world.


If you enjoyed Howl, Kaddish and Other Poems, you might like Jack Kerouac's On the Road, also available in Penguin Modern Classics.


'The poem that defined a generation'


'He avoids nothing but experiences it to the hilt'