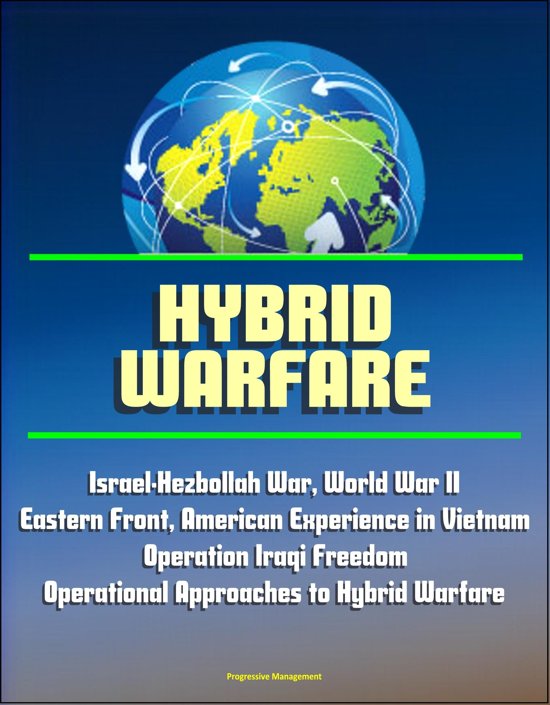 Professionally converted for accurate flowing-text e-book format reproduction, this document from the Joint Special Operations University (JSOU) presents a relevant contextual narrative of the space between conventional conflicts and realm of irregular warfare. Major Tim McCulloh and Major Rick Johnson's combined contributions to this monograph on Hybrid Warfare benefit from a combination of both an overarching theory as well as an operational perspective. The combination of the works into a single manuscript provides a synergy of the two perspectives. While the idea of hybrid warfare is not new, the authors together provide clarity and utility.

The Inadequacy of Definition and the Utility of a Theory of Hybrid Conflict: Is the ''Hybrid Threat'' New? * 1. Introduction * 2. The Israel-Hezbollah War (2006) - A Well-Trod Example Revisited * 3. World War II Eastern Front (1941-1945): A First Look at the Soviet Partisan Network as a Hybrid Organization * 4. Validation of a Theory * Endnotes * Operational Approaches to Hybrid Warfare * 1. Introduction * 2. The Nature of Hybrid Warfare: Built to Last * 3. The Nature of Operational Art: Built to Outlast * 4. The American Experience in Vietnam: The Bull and the Toreador * 5. Operation Iraqi Freedom: The School of Piranhas * 6. Synthesis: Operational Approaches to Hybrid Warfare * Endnotes

Major McCulloh's contribution in the first section entitled The Inadequacy of Definition and the Utility of a Theory of Hybrid Conflict: Is the 'Hybrid Threat' New? lays the theoretical basis to bring a definition of Hybrid Warfare into focus while addressing the pertinent question of its historical origin. The theory presented uses historical trends, illustrated through two case studies, to postulate a set of principles to provide a unifying logic to hybrid behavior. In the first study, Major McCulloh examines the Israel-Hezbollah war of 2006. Within this case study, Major McCulloh's six principles of hybrid warfare are defined as: (1) a hybrid force's composition, capabilities, and effects are unique to the forces context; (2) each hybrid force has a specific ideology that creates an internal narrative to the organization; (3) a hybrid force always perceives an existential threat to its survival; (4) in hybrid war there is a capability overmatch between adversaries; (5) a hybrid force contains both conventional and unconventional components; and (6) hybrid forces seek to use defensive operations. To test the theory, Major McCulloh then examines the Soviet partisan network on the Eastern Front from 1941-1945. With the two case studies examined under the same theoretical framework, Major McCulloh asserts that the framework can be used as tool for anticipating emergent hybrid organizations while demonstrating historical continuity.

With a theoretical underpinning having been argued by Major McCulloh, the strategic studies question of ''so what?'' is addressed at the operational level by Major Johnson. In Major Johnson's section entitled Operational Approaches to Hybrid Warfare, the author uses historical examples and case studies to form a basis for approaching hybrid threats through a lens of U.S. oriented operational art. Major Johnson uses case studies of U.S. efforts in Vietnam and Iraq to illuminate operational approaches to defeating hybrid threats. Much like Major McCulloh, Major Johnson utilizes the Israel-Hezbollah conflict of 2006 as a starting point, contextualizes hybrid warfare vis-a-vis other mixed forms of warfare, addresses the nature of operational art, and then delves backward to find validation of the author's propositions. In examining the case of Vietnam, Major Johnson examines the synergistic effects of Communist organization, strategy, and operational flexibility in depth which serves to highlight the concurrent political and military efforts used by the Vietcong and North Vietnamese.