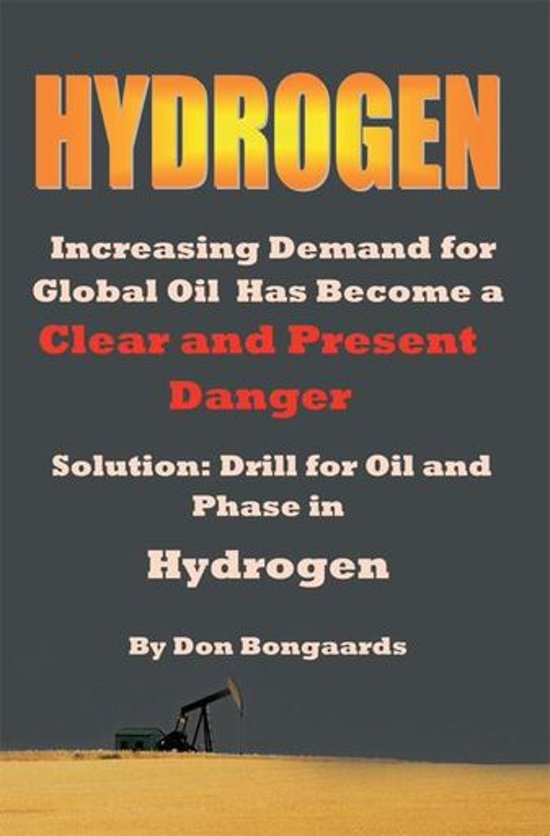 Hello -- my name is Don Bongaards and I am a retired engineer. This book is a sequel to my first book entitled A Sense of Urgency which described how the United States could free itself from its dependence upon imported oil and achieves economic growth and prosperity by phasing in hydrogen fuel as a substitute for gasoline. I have written this sequel to introduce some new ideas that can make the transition to hydrogen fuel more cost effective and practical -- like beginning the hydrogen phase in process using reformed natural gas while in the short run drilling for as much domestic oil and natural gas as possible. In the long run a thermo-chemical process can take over in 20 to 40 years to make hydrogen from water economically viable. At today's natural gas prices, reformed hydrogen could be sold at the gas station pump for about three dollars per equivalent gasoline gallon. Not bad when you consider that the currently available Honda FCX hydrogen fuel cell car can achieve more than 60 miles per gallon.

Another reason for writing this sequel is to emphasize the point that global oil consumption has become a clear and present danger. We are acting like the proverbial frog that is sitting in a pot of warm water that is quickly coming to a boil. The exponentially increasing worldwide demand for oil is becoming more of a problem than is commonly thought. In spite of what you might have been told about hundreds of years supply of oil and other fossil fuels, the truth is -- it just ain't so. Countries like China and India are beginning to consume oil at an increasingly faster rate. The world currently consumes about 33 billion barrels of oil per year and the known reserves are less than 1,000 billion barrels. The problem is that the 33 billion barrels per year consumption rate is increasing at about 2 percent each year. If you do the arithmetic, the world will consume about 110 billion barrels of oil per year by the year 2070 -- less than 60 years from now. However, during this time we will have had a total consumption of about 3,500 billion barrels. Do you think that we will discover enough oil and oil sands to fill this demand? Do you think that we can convert enough coal into synthetic fuel? Do you think that we will have enough natural gas to substitute for gasoline? Do you think that oil shale will come to the rescue? How about electric cars that use wind and solar energy? Think again -- it isn't going to happen -- and I will explain why in this book. And -- by the way -- don't assume that the United States will fuel itself while the rest of the world runs out of fuel.

Since the United States spends almost 700 billion dollars each year to purchase oil from other countries doesn't it make sense that this money would be better spent in the United States. How about forming a hydrogen fuel consortium comprised of 50 million social security investors and potentially save this vital program from extinction. While this might not be the only way to get the job done I am proposing it in this book as food for thought.

From what I have just described with regard to current oil consumption demand, don't surprised if gasoline prices don`t skyrocket in the not too distant future -- how about ten or more dollars per gallon! Let's begin building a hydrogen fuel infrastructure now to protect our children and grandchildren from an impending disaster!