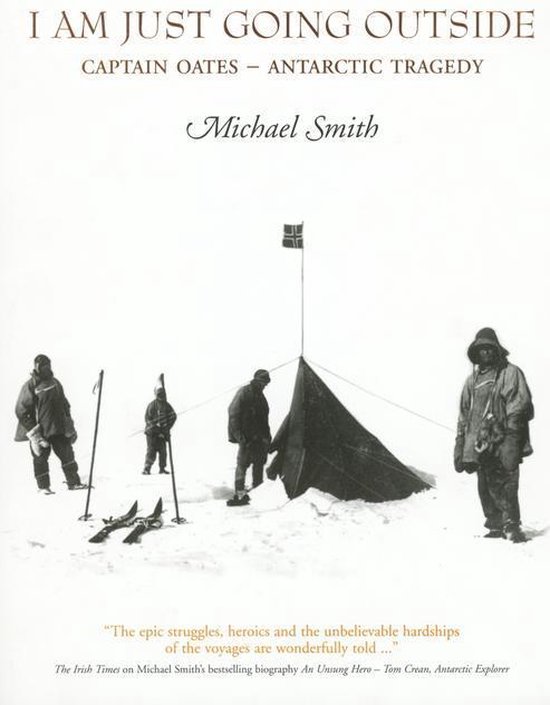 CHEF MICHAEL SMITH is the bestselling author of eight cookbooks, including Family Meals, Back to Basics, Fast Flavours, Chef Michael Smith's Kitchen, and The Best of Chef at Home. He is the popular host of several Food Network TV shows, including Chef Michael's Kitchen, Chef at Home and Chef Abroad, and is a judge on Chopped Canada. He lives on Prince Edward Island with his wife, Chastity, and their children, Gabe, Ariella, and Camille.
Alles van Michael Smith
Toon meer Toon minder

On 17 March 1912, Lawrence "Titus' Oates crawled bootless from a tent to his death in blizzard conditions of -40°C. Oates, always an outsider on Scott's Polar expedition, died on his 32nd birthday. His parting words were: "I am just going outside and may be some time.' Oates was the epitome of the Victorian English gentleman: a public schoolboy who became a dashing cavalry officer and hero in the Boer War. Stationed in Ireland from 1902 to 1906, his passion became horse racing and he won numerous victories at racecourses throughout Ireland. Oates' austere and dominating mother blamed Scott for her son's death and was among the first to challenge the accepted version of events. She continued to control his memory long after his death, keeping his diary and letters hidden, even ordering their destruction from her deathbed. Oates always had difficulty forming lasting relationships with women. He died without realising that he was a father. The story of how Oates died, unaware of his daughter, has been a closely guarded secret until now. This is a compelling and heart-rending story of endurance, bravery and folly. From the author of TOM CREAN: AN UNSUNG HERO