I Am Not a Poet Journeys in Faith and Self-Discovery 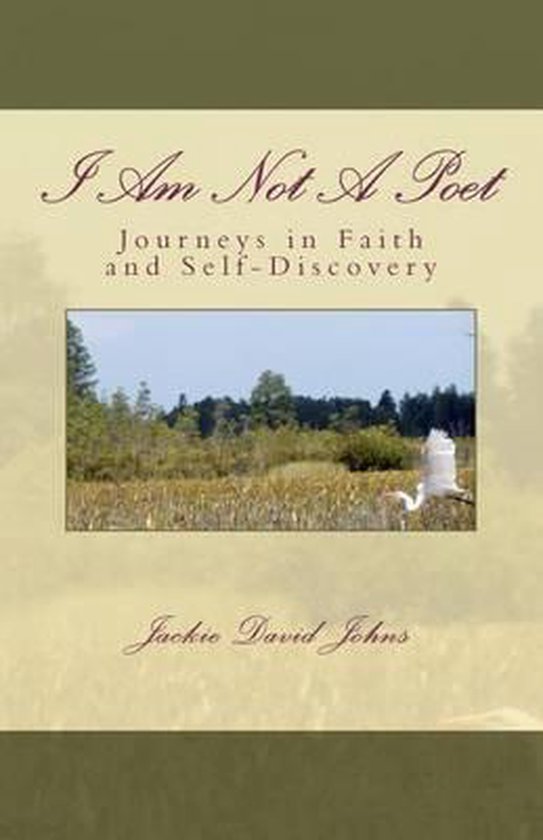 This book is a collection of poems, each written by the author. They were composed over a period of more than twenty years. Most were not written to be read by others. They were instead exercises in self-discovery. The author began writing them at a point of great despair. His faith was under tremendous strain. Everything he thought he knew about God and his self was being challenged at the core of his being. He thought he had been faithful. He was doing his part, but God wasn't doing His, or so it seemed. Like Jacob long ago, he was wrestling with God and God was winning. Out of those experiences, he discovered some truths about himself, his God, and the Christian life. First, knowing God requires that we also know ourselves. The journey toward God always begins with a journey inward. Before we can embrace the One who is wholly other, we must embrace and discard those traits that cannot exist in His presence. All that can be shaken must be shaken until only that which is everlasting remains (Hebrews 12: 27). Second, he discovered that the soul cannot be known through reason alone. Prose is woefully inadequate to communicate the inner self. The human heart is prone to hide behind rhetoric, carefully constructed defensible explanations of our thoughts. But when it offers itself voluntarily and without reservation, it does so with song -- music, rhythm, rhyme and cadence. Prose is linear. Life is multidimensional. Prose is mechanical. Life is organic, a dynamic system of multiple organs interacting simultaneously. Prose is a solo without accompaniment. Life is a symphony even when it is a cacophony of discord. At the moment his self-image crumbled he found he could only express his true self in screams and groans and poetic phrases. Third, there is a human drive is to know ourselves in the eyes of others. For most of us the idol of our self-image is constructed for the admiration of people, not God. We project our best self, the self we want to be, as though it is our true self. If others see us as that perfected being, then perhaps we can become that person. Human relationships are both the fountain of and an obstacle to knowing God. Adam and Eve were created to know each other knowing God. The drive for intimacy with another human is linked to the drive for intimacy with God. We were created to know and to be known as we are known; this is the destiny of all who are in Christ. It is also, in this life, the battle ground for sin. Fourth, he discovered the journey to our final place in God, that place of unencumbered fellowship with Him, must be fully realized and yet ever forward. We know Him now, and in knowing Him our hunger is to know Him more fully. As he has written elsewhere, orthodoxy, both in the sense of "correct worship" and the sense of "sound doctrine" is our purpose for existence. The glory of God is the port toward which Christians sail and the stream in which we sail. It is our calling and our destiny to worship Him in Spirit and in Truth. Finally, he discovered that trials and tests in life are not about demonstrating how much we know or what skills we have gained. They do not come to us as challenges to demonstrate how well we can stand on our own. In the darkest days we are not alone; He is with us. Not only is Christ with us in our tribulations, He is at work in, for, and through us. The trying of our faith is not for the purpose of measuring how much faith we have. No, the furnaces of life exist to temper our faith, to perfect and to strengthen it. As exercises in self-discovery, these poems are in a sense autobiographical. A few of them are explicitly narrative in nature, tracing issues through the seasons of the author's life. Further, except for the first and last pieces, the writings appear in the order in which they were written. That arrangement is in one sense also autobiographical, tracing the author's evolution in themes for writing.
Toon meer Toon minder