I Called Him Necktie 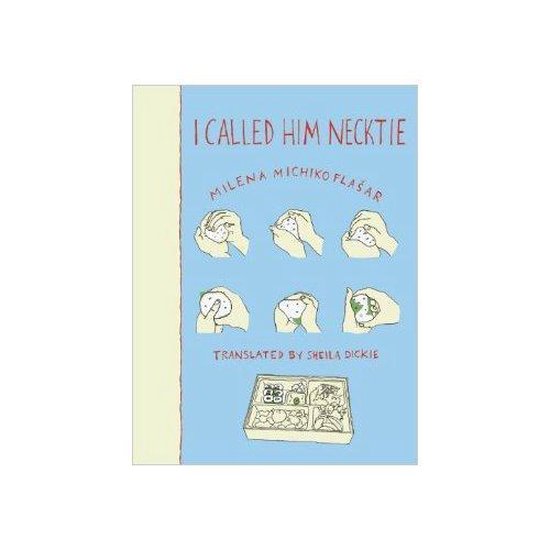 ''The best of the best from this year's bountiful harvest of uncommonly strong offerings ... Deeply original.'' O, The Oprah Magazine


''Milena Michiko Flašar&;s beautiful novel ... is a story about freedom and responsibility, and it results in an almost Sartrean meditation.''Times Literary Supplement


''Exceptional ... In today&;s less-than-brave new world in which sincere human interaction is disappearing even as the numbers of so-called friends&; are multiplying, Necktie is a piercing reminder to acknowledge, nurture, and share our humanity.''Smithsonian Asian Pacific American Center blog BookDragon


The quiet reflection of this jewel of a novel is revelatory, redemptive and hypnotic until the last word.&;Kirkus Reviews

A spare, stunning, elegiac gem of a book. Milena Michiko Flašar writes with a poet&;s clarity of language and vision, probing deeply below the surfaces of familiar Japanese stereotypes  to tell a compassionate and insightful story of dysfunction, despair and friendship.&;Ruth Ozeki, author of A Tale for the Time Being

Flašar&;s exquisite, finely wrought novel is both a prose poem and a parable about how we deflect, defer and disconnect from life, and what is needed before we can bravely embrace it again.&;
 Monique Truong, author of The Book of Salt and Bitter in the Mouth

''With high artistry . . . this seductive beauty is also strangely religious: the book treats life with an almost Buddhist serenity.''Der Spiegel

Twenty-year-old Taguchi Hiro has spent the last two years of his life living as a hikikomoria shut-in who never leaves his room and has no human interactionin his parents' home in Tokyo. As Hiro tentatively decides to reenter the world, he spends his days observing life around him from a park bench. Gradually he makes friends with Ohara Tetsu, a middle-aged salaryman who has lost his job but can't bring himself to tell his wife, and shows up every day in a suit and tie to pass the time on a nearby bench. As Hiro and Tetsu cautiously open up to each other, they discover in their sadness a common bond. Regrets and disappointments, as well as hopes and dreams, come to the surface until both find the strength to somehow give a new start to their lives. This beautiful novel is moving, unforgettable, and full of surprises. The reader turns the last page feeling that a small triumph has occurred.

Milena Michiko Flašar was born in 1980, the daughter of a Japanese mother and an Austrian father. She lives in Vienna. I Called Him Necktie won the 2012 Austrian Alpha Literature Prize.