I Don't Cry, But I Remember A Mexican Immigrant's Story of Endurance 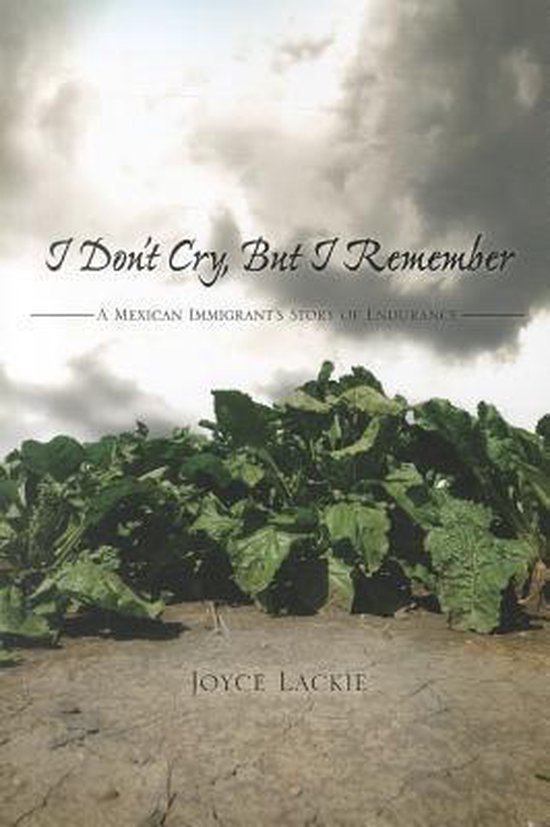 When Viviana Salguero came to the United States in 1946, she spoke very little English, had never learned to read or write, and had no job skills besides housework or field labor. She worked eighteen-hour days and lived outdoors as often as not. And yet she raised twelve children, shielding them from her abusive husband when she dared, and shared in both the tragedies and accomplishments of her family. Through it all, Viviana never lost her love for Mexico or her gratitude to the United States for what would eventually become a better life. Though her story is unique, Viviana Salguero could be the mother, grandmother, or great-grandmother of immigrants anywhere, struggling with barriers of gender, education, language, and poverty. In I Don't Cry, But I Remember, Joyce Lackie shares with us an intimate portrait of Viviana's life. Based on hours of recorded conversations, Lackie skillfully translates the interviews into an engaging, revealing narrative that details the migrant experience from a woman's point of view and fills a gap in our history by examining the role of women of color in the American Southwest. The book presents Vivana's life not only as a chronicle of endurance, but as a tale of everyday resistance. What she lacks in social confidence, political strength, and economic stability, she makes up for in dignity, faith, and wisdom. Like all good oral history, Salguero's accounts and Lackie's analyses contribute to our understanding of the past by exposing the inconsistencies and contradictions in our remembrances. This book will appeal to ethnographers, oral historians, students and scholars of Chicana studies and women's studies, as well as general readers interested in the lives of immigrant women.
Toon meer Toon minder