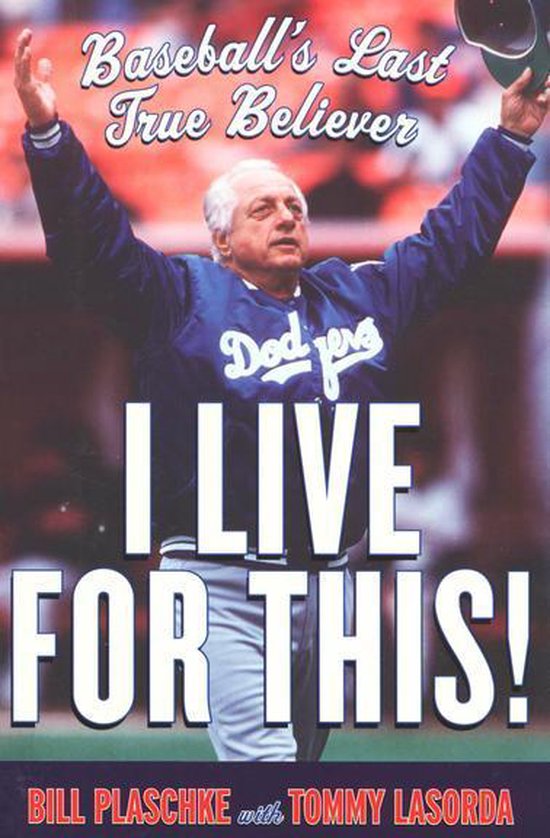 An award-winning sportswriter teams up with LA Dodgers manager and Hall of Famer Tommy Lasorda to reveal the secrets of his unlikely success.


Tommy Lasorda is baseball's true immortal and one of its larger than life figures. A former pitcher who was overshadowed by Sandy Koufax, Lasorda went on to a Hall of Fame career as a manager with one of baseball's most storied franchises. His teams won two World Series, four National League pennants, and eight division titles. He was twice named National League manager of the year and he also led the United States baseball team to the gold medal at the 2000 Summer Olympics.


In I Live for This! award-winning sportswriter Bill Plaschke shows us one of baseball's last living legends as we've never seen him before, revealing the man behind the myth, the secrets to his amazing, unlikely success, and his unvarnished opinions on the state of the game. Bravely and brilliantly, I Live for This! dissects the personality to give us the person. By the end we're left with an indelible portrait of a legend that, if Tommy Lasorda has anything to say about it, we won't ever forget.