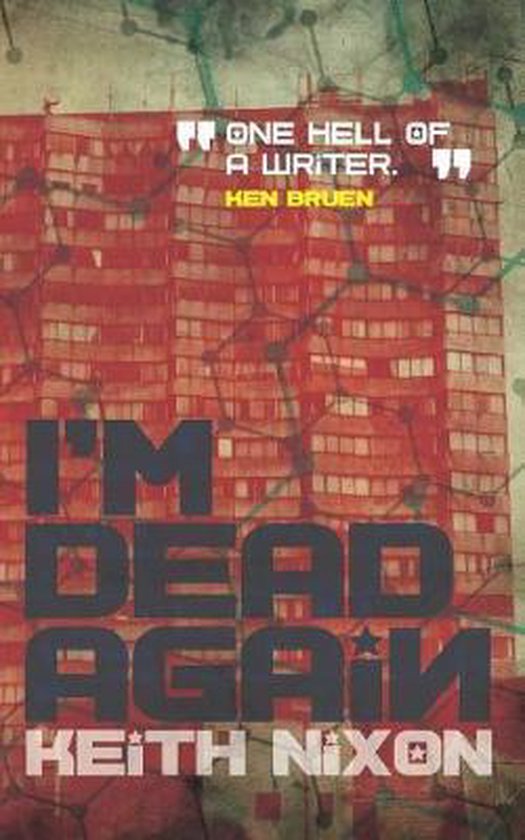 David Brodie, literally once ace reporter, is on a serious downward slide with ex-wife, ex-job and ex-bank balance hanging around his neck. Until he receives a phone call. From a dead man. Soon it could be ex-life.

When the corpse of her ex-husband turns up in dubious circumstances Emily Hollowman enlists ex-KGB and current tramp Konstantin Boryakov to investigate. With stone cold killer, Mr. Lamb in tow the pair discovers all roads lead to disgraced businessman, Gordon Dredge, the man who cost Brodie everything.

But Dredge is in trouble too, in debt to gangland boss Stevie "The Steroid' Oakhill. But Oakhill has his own problems, a Chechen by the name of Adam is trying to take his business.

The hilarious follow-up to bestselling The Fix – gangsters, murder and a multitude of sarcasm await... who will die first?

"Keith Nixon is the new fresh voice we so desperately need in these days of dreadful Fifty shades of blandness.'

"Lean, mean and gritty, with writing as sharp as a razor cut. Keith Nixon serves up a "Konstantin Kocktail', with equal parts Vodka to Vodka, that'll hit you just where it's needed.'

"Keith Nixon gets better with each new book. Among a promising crop of new writers he's the one to watch. A rare and diverse talent who has the ability to surprise and impress ... sometimes in the same sentence.'

Tony Black, author of The Last Tiger and The Inglorious Dead

"Nixon writes hard-hitting fiction, with a dash of humour, a cast of great characters, and a dollop of violence. Konstantin is a fantastic creation.'

Luca Veste, author of Dead Gone and The Dying Place

"If you told me that Konstantin put the K in KGB, I wouldn't even argue. This character is a badass of the highest calibre.'

"Russian Roulette feels like Snatch meets a steampunk Sherlock Holmes. Nixon continues the story of Russian-born Konstanin, anti-hero for the modern age. Like Marlowe before him, Konstantin has a penchant for finding trouble—and an unflinching sense of morality to get him out of it.'

"Nixon delivers a series of hard-edged twists and turns that will leave you reeling and turning the pages in what is an unforgettable story.'

Richard Godwin, author of Meaningful Conversations and One Lost Summer

Paul D. Brazill, author of Guns Of Brixtonand A Case Of Noir

"This is what noir is all about. Masterful, deadly and powerful.'

Les Edgerton, author of The Rapist & The Bitch

"If you thought "The Fix" was a blast of black comedy, you ain't seen nothing yet.'

"What a great character Keith Nixon has created here. Promises to be one heck of a ride.'

"Tight, punchy with a distinct voice.'

"The ability to get his readers onside, rooting for his messed-up characters as they battle against the daily grind of chancers and blaggers is uniquely his, and stands as testament to his writing chops.'