I Wanna Tell You My Story A One-woman Docudrama 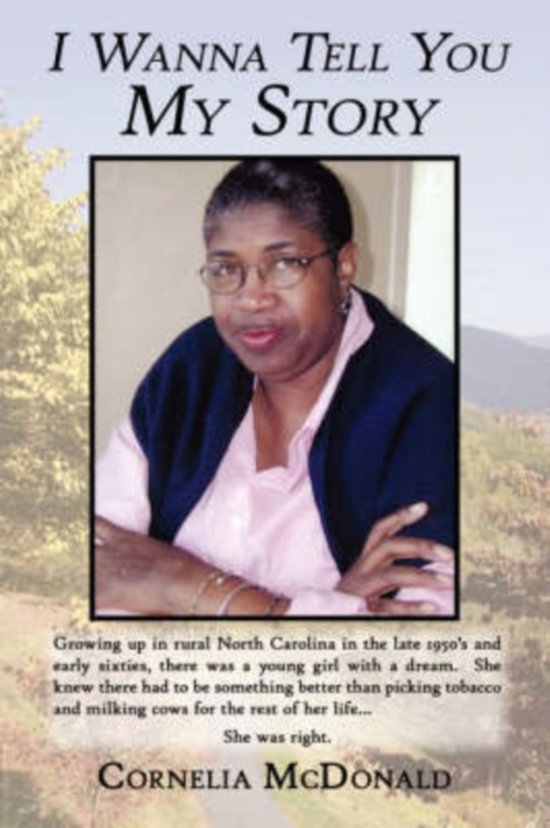 "I Wanna Tell You My Story" is about the power of the human spirit, using non-fiction prose and poetry, the author expresses her true feelings. Along the way, she caught glimpses of her true glory. The author shares with us her experiences of growing up in abject poverty surrounded by an atmosphere of fear and repression. This leads to many years of living with shame, pain, and humiliation. The story starts in the segregated south in the 1950's with a charismatic, share-cropping, preacher father who ruled his family with an iron fist. His motto was "spare the rod and spoil the child." It wasn't called abuse when she was growing up, it was called strict discipline. Growing up she said she would never treat anyone like this; to make people feel small. Even though she swore to herself that she would never be like her father, in many ways she became her father. It was this realization that led to a breakdown, which later became a breakthrough. Cornelia has a gift, not given to ordinary people. There is something in her book, "I Wanna Tell You My Story" for everyone. It is inspiring.it gets you up and keeps you going. It is motivational..it takes you places you thought you never would go. It is serious.it focuses on issues to be addressed. It is humorous.it makes you laugh out loud and keeps your life in perspective.
Toon meer Toon minder