Ignorance Is Illness Disproof of the Big Bang Theory Through Healing 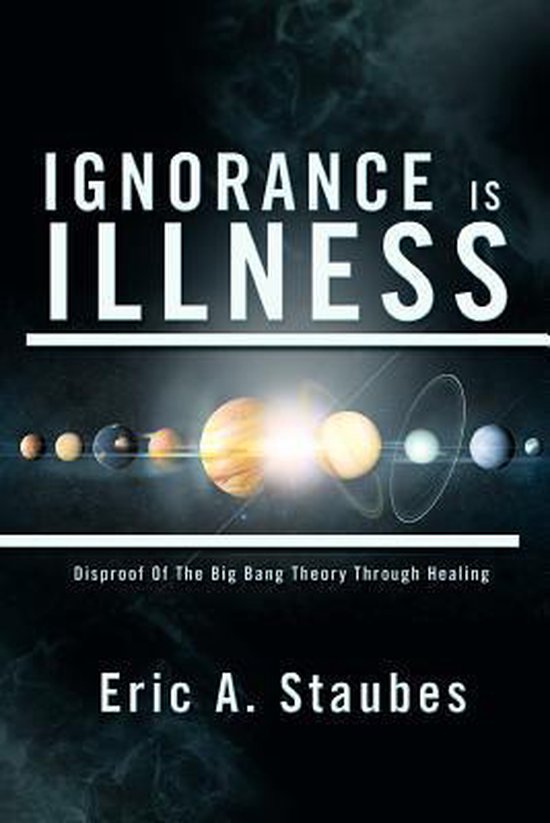 Before anybody can make any valid claims about the Universe, they have to at least know what space is and how it works, since everything in the Universe is contained in one vast space. The space that contains us is the same as the space that is contained within us. Because there is only one space, it contains everything. As we uncover the secrets about space, we will all marvel at the power the Universe makes available to us. Right now we are being handed a story about the Big Bang that supposedly started this Universe many billions of years ago and the fact is, thats rubbish! Our job, as citizens of the Planet Earth, is to figure out what our relationship with the infinite Universe really is. This treatise represents an interpretation of our perception which is slightly different from what we have all learned growing up. Life is not the way it appears to be, it is the way we think it appears to be. That subtle difference means on the one hand, we sit back and watch what happens to our planet as the climate changes globally, or on the other hand, we actively participate in the direction our planet evolves in. We have more responsibility for our destiny than most folks realize. The Big Bang implies the beginning of the Universe and that is impossible for something which has always existed. The flaw is in our thinking. In a world defined by solids, everything has dimensions which start here and end there, so there has to be a beginning. But thats a man-made restriction; invented by physicists to accommodate proven theories, like Einsteins General Relativity. What we propose is that there is another way to account for observed phenomena. Since we live in an infinite Universe, it never ends. It has no beginning. It doesnt need one. There is a much easier way to explain the expansion of the Universe. To change our behavior we have to change the way we think. That is not an easy task. Once we develop a functioning lifestyle, we are not quick to alter our behavior. Im hoping the idea of changing our collective consciousness becomes a fad; something everybody wants to do once they see how satisfying it can be to help one another and how important it is for the destiny of our planet. To change the way we think it is important to know how we think. Behind the behavior we demonstrate there are two formative thought process groups. Each group represents a behavioral paradigm that is antecedent to what we actually do. One we shall link to subliminal behavior, the other to cognized behavior. The unity between them, like the pool of profoundly deep clear-blue water upon which they float, we shall come to know as our Universal Identity. We are the pride and joy of the Universe but we are not taught that. Now that we know what space is, we are ready to learn the truth, the whole truth, and nothing but the truth.