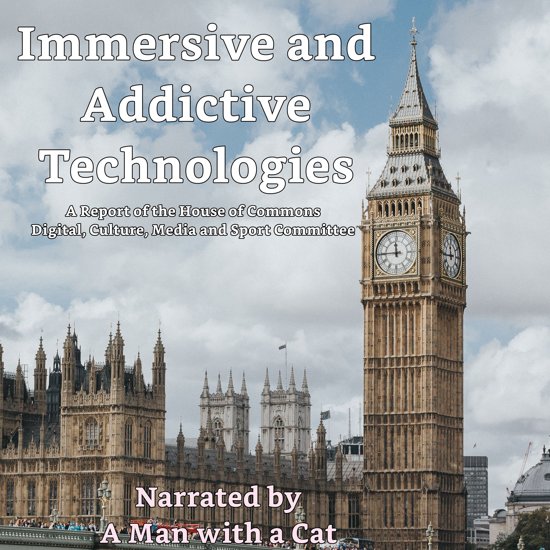 
In this report the Committee builds on the newly established principle of "online harms' by considering potential psychosocial and financial harms associated with the use of immersive technologies. Following the World Health Organisation's formal designation of "gaming disorder', the Committee heard calls from gamers, academics, and clinicians for urgent action to better understand and address the condition. While gaming disorder is a relatively new area of understanding, immersive technology providers also have clear responsibilities to protect users from well-established online harms including bullying and harmful content. The Committee also considered the effects of disordered spending within games, and consider the links between game design mechanics such as loot boxes and gambling. The potential harms outlined in this report can be considered the direct result of the way in which the "attention economy' is driven by the objective of maximising user engagement. This report explores how data-rich immersive technologies are driven by business models that combine people's data with design practices to have powerful psychological effects.

Subtitel
A Report of the House of Commons Digital, Culture, Media and Sport Committee