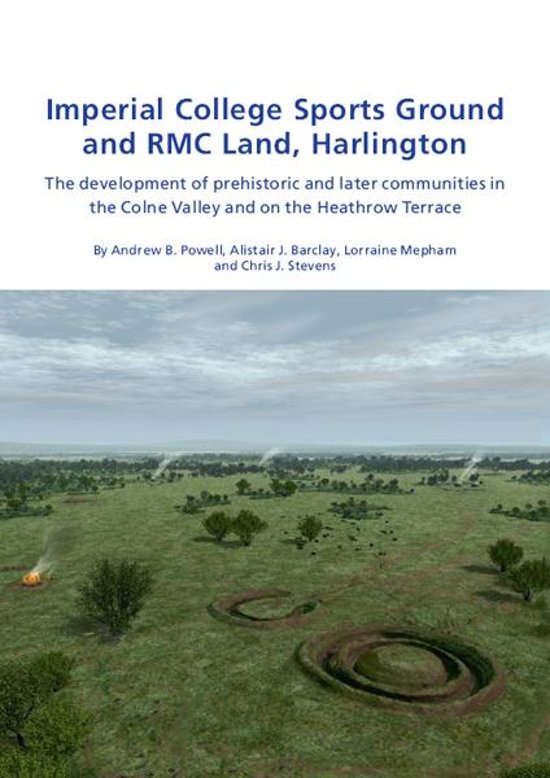 This volume brings together the results from the excavations at the former Imperial College Sports Ground, RMC Land and Land East of Wall Garden Farm, near the villages of Harlington and Sipson in the London Borough of Hillingdon. The excavations revealed parts of an archaeological landscape with a rich history of development from before 4000 BC to the post-medieval period. The opportunity to investigate two large areas of this landscape provided evidence for possible settlement continuity and shift over a period of 6000 years. Early to Middle Neolithic occupation was represented by a rectangular ditched mortuary enclosure and a large spread of pits, many containing deposits of Peterborough Ware pottery, flint and charred plant remains. A possible dispersed monument complex of three hengiform enclosures was associated with the rare remains of cremation burials radiocarbon dated to the Middle Neolithic. Limited Late Neolithic and Early Bronze Age activity was identified, which is in stark contrast to the Middle to Late Bronze Age when a formalized landscape of extensive rectangular fields, enclosures, wells and pits was established. This major reorganized land division can be traced across the two sites and over large parts of the adjacent Heathrow terraces. A small, Iron Age and Romano-British nucleated settlement was constructed, with associated enclosures flanking a trackway. There were wayside inhumations, cremation burials and middens and more widely dispersed wells and quarries. Two possible sunken-featured buildings of early Saxon date were found. There was also a small cemetery. Subsequently, a middle Saxon and medieval field system of small enclosures and wells was established.