Improving the Army's Next Effort in Technology Forecasting 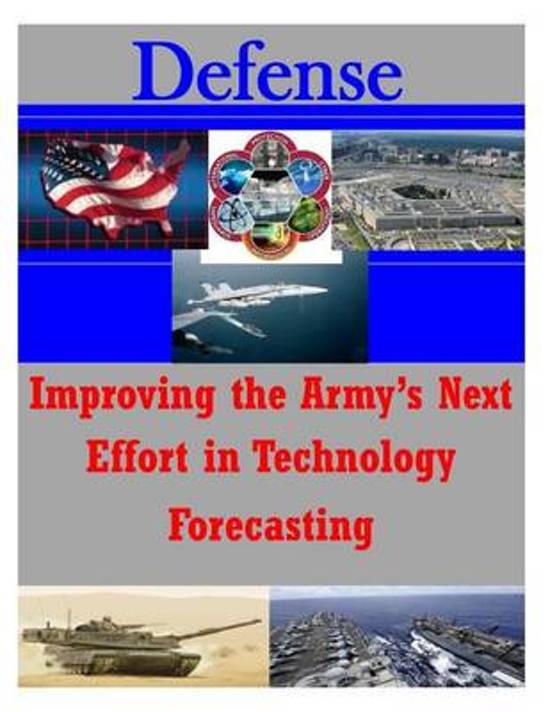 An important challenge for the Department of Defense (DOD) science and technology (S&T) programs is to avoid technological surprise resulting from the exponential increase in the pace of discovery and change in S&T worldwide. The nature of the military threat is also changing, resulting in new military requirements, some of which can be met by technology. Proper shaping of the S&T portfolio requires predicting and matching these two factors well into the future. Some examples of technologies which have radically affected the battlefield include the Global Positioning System coupled with inexpensivehand held receivers, the microprocessor revolution which has placed the power of the Internet and satellite communications into the hands of soldiers in the field, new sensing capabilities such as night vision, the use of unmanned vehicles, and composite materials for armor and armaments. Some of these new technologies came from military S&T, some from commercial developments and still others from a synthesis of the two sectors;but all were based on advances in the underlying sciences. Clearly, leaders and planners in military S&T must keep abreast of such developments and look ahead as best they can.
Toon meer Toon minder