In All His Glory The Life and Times of William S. Paley and the Birth of Modern Broadcasting 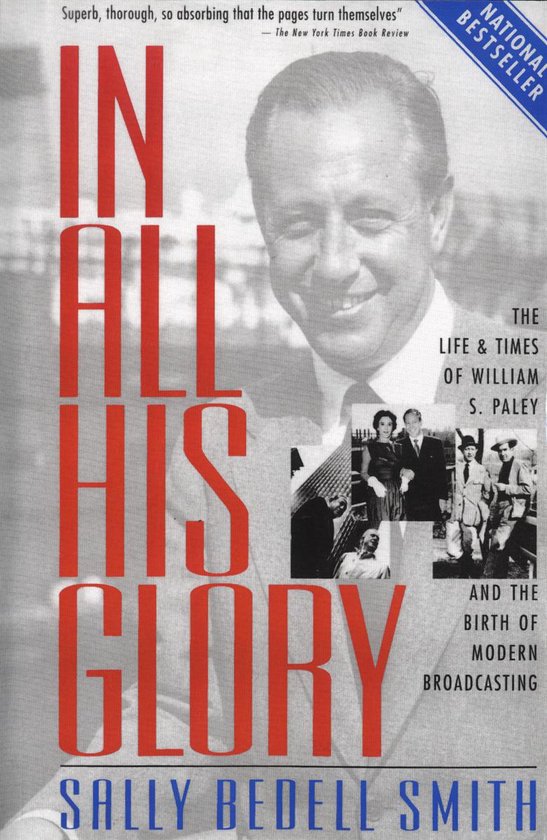 "Sarah ""Sally"" Bedell Smith (born May 27, 1948) is an American historian and author specializing in biographies of American political, cultural, and business leaders, as well as members of the British Royal Family. She has been a contributing editor at Vanity Fair for over 20 years, and is married to Stephen G. Smith, former editor of U.S. News & World Report and current editor in chief of National Journal Daily. Her books have been translated into more than a dozen languages.

"He is to American broadcasting as Carnegie was to steel, Ford to automobiles, Luce to publishing, and Ruth to baseball," wrote The New York Times of Willian S. Paley—the man who built CBS, the "Tiffany Network." Sally Bedell Smith's In All His Glory takes a hard look at Paley and the perfect world he created for himself, revealing the extraordinary complexity of the man who let nothing get in the way of his vast ambitions. Tracing his life from Chicago, where Paley was born to a family of cigar makers, to the glamorous haunts of Manhattan, Smith shows us the shrewd, demanding egoist, the hedonist pursuing every form of pleasure, the corporate strongman famous for his energy and ruthlessness.

Drawing on highly placed CBS sources and hundreds of interviews, and with a supporting cast of such glittering figures as Truman Capote, Slim Keith, Jock Whitney, Ted Turner, David Sarnoff, Brooke Astor and a parade of Paley's humiliated heirs, In All His Glory is a richly textured story of business, power and social ambition.

Praise for In All His Glory

"A sweeping study of the emergence of broadcasting, the American immigrant experience, and the ravenous personal and professional tastes of Paley as he charmed and clawed his way to the top of society."—Los Angeles Times

"Riveting…packed with revelations, rich in radio and TV lore, sprinkled with intrigues, glitz, and wheeling and dealing at the highest levels of media and government."—Publishers Weekly

"An impressive, meticulously researched work of broadcast history as well as a piquant glimpse inside CBS's corporate culture."—Time