In My Thoughts, in My Heart, in My Words 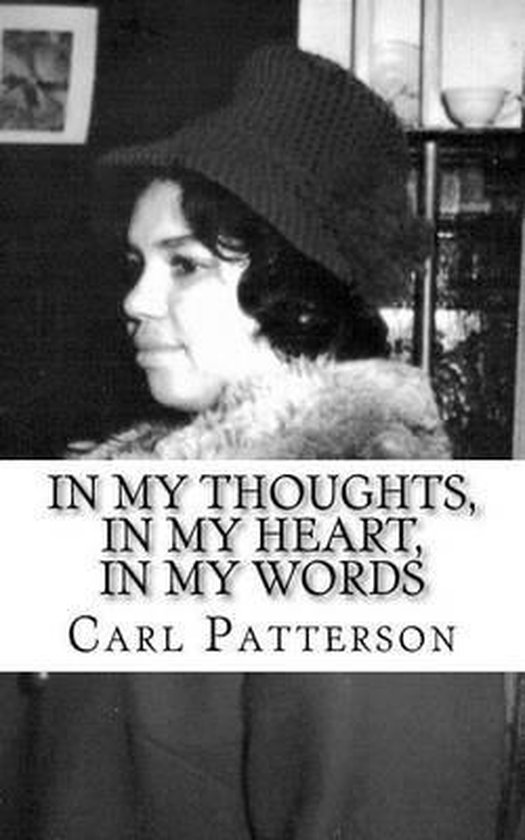 Author’s NoteOn June 18th 2010 I wrote “Beauty from across the Room” with the sole purpose of expressing my creativeness through poetry. Needless to say I didn’t imagine that one poem would turn into a collection of my thoughts encased in a book of poetry. Imagination and purpose lead me to this idyllic yet rhythmic art form, but ultimately it was the development of my sense of self expression that has kept me channeling my energy in my writings.My form of writing is not captured by a certain style, nor do I tightrope down the lines of the basic rules to poetry. You won’t see any iambic pentameters within this book, but you will feel my perspective and hear my creative voice. I chose to let my thoughts and feelings control the destiny of how each poem was written and presented to my audience. I wanted to tell stories that people could enjoy but also express an artistic point of view mixed with topics in which people could relate. My poetry is filled with details set up with meanings that unveil themselves after two or three reads, so the reader can visualize its purpose. My poetry is an illustration of emotions that you read off each page. I took on this challenge after finding my love for writing, but yet I maintain my hunger for growth. The poems are arranged in the order in which I wrote them to show my progression. While most of my poems focus on the aspects of love, I wouldn’t be true to myself if I didn’t also tell stories that dealt with the conscious mind and also fiction stories that are simply meant to engage.In the poems “The Diary of Livy Faith” and “Inability to deal”, I chose to deal with sensitive topics such as abuse and suicide. Even though the stories told within these poems are fiction, I felt an obligation to bring awareness. I wanted to tell these stories from the point of view of the victims and lend my voice to those who may have suffered from this in the past. In my poem “The Power of One”, my goal was to uplift and inspire individuals. I also challenged myself in the poem “Death of a Poet”, which deals with a 19th century gentlemen’s quest for love. In “It Happened One Night” and “A Place to Bury Strangers”, I wanted to write poems exploring the theme of horror. I wanted the reader to cringe as they read through each line and visualized the horrific scenes. I also wanted to write poetry as a series. I wanted poems that stood alone, but as a group they displayed the big picture. The first one “Her favorite Subject: Us”, is a six part series that deals with the progression of love from the initial meeting down to the decision to make the relationship a lifelong journey. The second series titled “Jail Cells and Graveyards” focuses on the pitfalls of living and growing up in an urban environment. I wanted the reader to visualize the struggle and I didn’t want to sugar coat the facts. This series is my effort to bring awareness to all, but specifically to the youth about the downward trend in our society through wrong choices made. It’s important to keep a positive outlook on life at all times, but it becomes very difficult when your environment adds complexity. The title symbolizes the only two outcomes to willingly making bad decisions in that environment. It’s harsh realities written with the hopes of convincing not only our youth but all to seek positivity.Over the span of thirteen plus months, my laptop became my canvas and my aspiration became my paint brush as I worked day and night to create my own personal piece of art.My hope for this book is to provide an eclectic feel. The success of this book lies in its completion. I feel dignified by this accomplishment, but I still search for opportunities to improve my skill. This is my first official release of any kind and if this is my last, it will sit on my bookshelf and I’ll gaze at it with a sense of pride. I hope everyone enjoys my work and anticipates what I have planned for the future. Thank You
Toon meer Toon minder