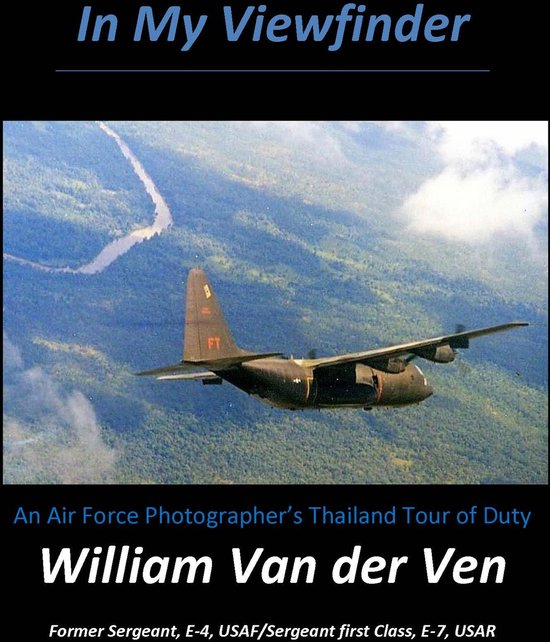 By the time I had arrived in Thailand to take on the responsibilities of an aerial photographer, I had spent three years in the Air Force acquiring the skills and knowledge of photography in general. I felt confident I could put those skills to work as a still-photographer and successfully complete this new tour.


Before I was to report to my new assignment I had to attend three other schools to prepare me for the rigors of my Aerial Tour of Duty. My training began with air crew survival at Fairchild AFB. While there, I came face to face with my physical and mental strengths, weaknesses, and my resolve to survive: both in body and in spirit.


From our first introductory day to the final afternoon when we received our Certificates of Completion, our instructors bombarded us with useful information and field craft for surviving the first hours of an ejection.


Being exposed to the tropical jungle around Clark AFB to a youngster of 20 years was exotic indeed. Having Negrito natives as instructors teaching us lessons in jungle craft and survival just added to the mystique. Their knowledge of the jungle was not so much taught as lived. In the short time we students spent under their tutelage, we left with enough practical bits of survival techniques to survive for 24 hours, the amount of time a standard rescue was to occur. During the jungle survival phase, I discovered that volunteering is a two-edged sword. The action may be hazardous, but the completion of the task brings its own rewards. In addition to the jungle craft, I had my first taste of using a two-way radio to communicate with as I directed the positioning of a helicopter for my extraction. From this short but very intense exercise, I learned how much words matter, and that patience is not just a virtue, but a state of mind.


In addition to my beer tasting at every port, I learned to keep track of my flight schedule, so I was never late for departures and developed the ability to stay flexible with the constant changes to our itinerary.


My travel buddy and I were turned loose in Bangkok, definitely not a city for two naive servicemen such as ourselves to roam around in. We managed to persevere by listening to our inner voices, thereby managing to see but not taste any of the city's sins ...that is, with the exception of the beer! The only moderate fall from grace I managed to incur was a small tattoo by the "only female tattoo artist in Bangkok," or so I had been assured.


"In his fascinating work of nonfiction, In My Viewfinder, author William Van der Ven combines an engaging writing style and impressive memory for detail into the very human story of his transition from carefree West Coast surfer, through US Air Force basic training to becoming a photographer documenting the escalating war in Southeast Asia in the early 1970s from a vantage point aboard various aircraft in the skies over Laos and Cambodia. In doing so, the author provides a wealth of information on every facet of how he grew into - and eventually mastered - this dangerous intelligence gathering process, and skillfully imparts his knowledge about a vital component of the US military's war effort that is largely unknown to most Americans. Congratulations to William Van der Ven for so meticulously and eloquently sharing with us this piece of his life (and our nation's history) with such unpretentious honesty."


"The "Nam. I might've gone. I experienced one big, flag-waving moment when I even wished to go. But that didn't last long! Bill went. If you wonder today what that had been like, in his book, you do find out. Bill didn't fly around the outer rim of the Vietnam War, nor did he dive into its deepest pit. He was just one more young American kid doing his very best, trying to uphold some values, seeking to make sense of all that he saw. I regard it as a highly personal diary, while it also happens to be a valuable historical document. It's not only about the war. It's also about the times, about the American soul and mind, about culture, and shock, and change. To understand where the U.S. is at now, you should endeavor to understand all these Things. This book will help you do that."