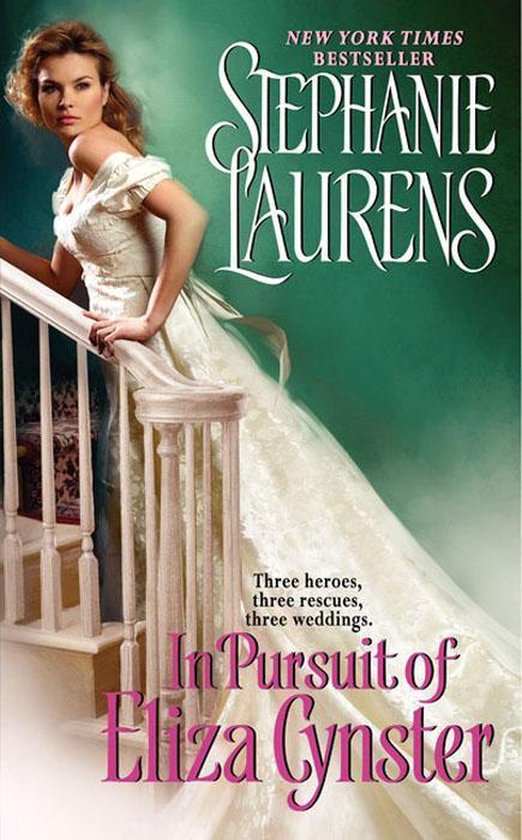 Stephanie Laurens originally began writing as an escape from the dry world of professional science. Her hobby quickly became a career when her novels about the masterful Cynster cousins captivated readers, making her one of the romance world's most beloved and popular authors.

""My early life was not all that ordinary - I was born in Ceylon (now Sri Lanka) many years ago, at a time when the recently independent British colony still behaved socially very much like an outpost of the British Raj. So I know what ""tiffin"" is. It was a strange society - one that has now died - but I still remember snippets.

At age 5, my family upped stakes and moved permanently to Melbourne, Australia, where they've remained ever since. I did all my schooling in Melbourne, finished university with a Ph.D. in Biochemistry, then moved on, together with my husband, acquired along the way, to London.

In London, I took up a position as a research scientist - and my husband did, too. We lived in a lovely little cottage - a 16th century woodcutter's cottage, complete with 16th century tiles (you can tell by the wooden pegs that hold them on), built onto an oast house (those places with conical roofs where they used to dry hops), surrounded on all sides by the lush green fields of rural Kent. Of course, next door was the protected remains of a 1st century Roman villa, and down the lane was a 14th century castle, still owned by the original family. The main house was now mostly Queen Anne in style, but with some Tudor buildings still remaining.

We spent 4 wonderful years living in England, touring England, France, Spain, Portugal and northern Italy, entirely off the beaten track. Provincial France became a favorite haunt; Portugal was a different sort of paradise. On our return to Australia, we both continued on with scientific research - in my case, in the cancer research field. I remained in cancer research, rising through the ranks to heading my own laboratory...until fate took a hand.

I had read romances since I was 13 - when my mother borrowed Georgette Heyer's romances from a workmate, and I read them after her. These Old Shades was the first one I read - I was hooked for life. In England, I'd had the opportunity to stock up with Regency romances that were never available in the US or Australia - I still have shelves of them. After our return to Australia, one day I literally ran out of books to read. I wanted a new Regency romance - but there were none in the stores. In desperation, I decided to write one - something I'd always had a hankering to do, but never done.

So I did. I just sat down and wrote the story, writing at night and on weekends, primarily to entertain myself. To my surprise, being one of those people who always have craft projects lying around unfinished for years, I actually finished the book - mainly, I suspect, because I wanted to know the end. But there it was - and it didn't seem too bad. Perhaps....

Somewhere along the line, I faced the fact that the life of a research scientist, certainly at the level I had now reached, had palled. Stress levels were too high. But I now had something else I could do - I could write romances.""

The pleasure of your company is requested at thewedding of Miss Eliza Cynster . . . but not until she'srescued from a daring abduction by the mostunexpected of heroes!


Villains and rescues are a far cry from Jeremy's expertise,yet he cannot abandon a damsel in distress. But dangerlurks and hurdles abound in their race to escapethe mysterious laird, until a final confrontation on awindswept cliff reveals what their future life could hold—if both are bold enough to capture and own theunexpected love they now share.