In The Days Of Love 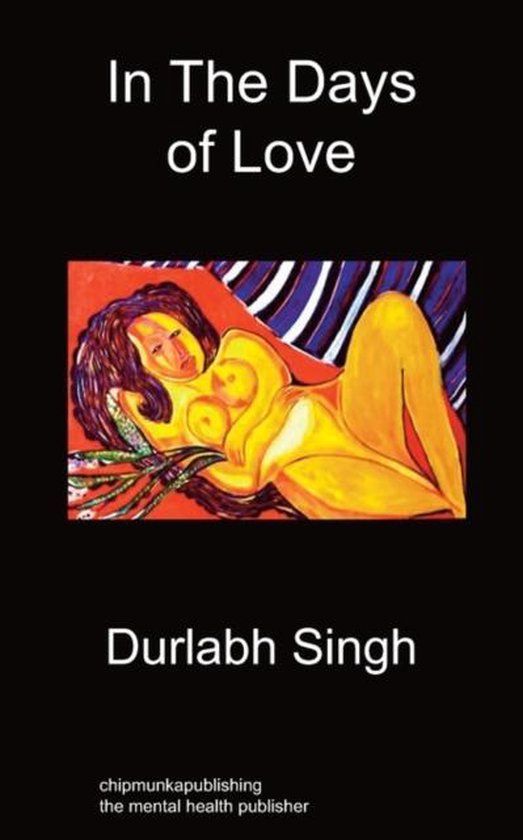 This is a love story about two heterosexual lovers from different social backgrounds and depicts their struggles to find a love that is more than fulfillment of their physical needs. It ventures into their emotional, poetical and metaphysical dimensions.

The story is set in Punjab and depicts the social conventions, cultures and life styles of the land. A clash of values between rich and poor, between conventions and freedom. It is the lovers' quest for a personal meaning to their existence. A love that defies any compromise of their convictions, even unto death.

Durlabh Singh is a writer and an artist based in London, England.

He has been published widely in over 300 publications worldwide.


His other publications include:
Chrome Red - Collected Poems.
Spaces of Heart - Illustrated Verse.
Kama Sutra of Love - Collections of Short Stories
Keeper of Reflections & Other Stories.
In The Days of Love - Novel.

Throughout his life, he had to struggle against the odds. Having lost his father at very early age, he had to take up the role of head of family, being the only male member in the household. Facing all the injustices of Indian social class system where he had to provide big dowries for marrying his sisters and getting into debts.

The things took turn for worse when he came to England, as extreme racism was rampant there when he was constantly ridiculed and set upon by gangs of youths. Landlords refused to rent him even a room and shopkeepers refused to serve. He was subject to racial taunts in streets and at work. He suffered number of physical attacks and partially lost sight of an eye as he was beaten in a busy London street. That constant harassment eventually resulted in acute depression and a mental breakdown and as a result he was admitted to a mental hospital.

He took up painting and writing as a therapy and developed these arts where he could find easier to breath from constant atmosphere of suffocation. It helped him to survive and keep his mental balance, in finding transcendence and wider fields of human creativity. People suffering from mental distress may find some solace in his works.
Toon meer Toon minder