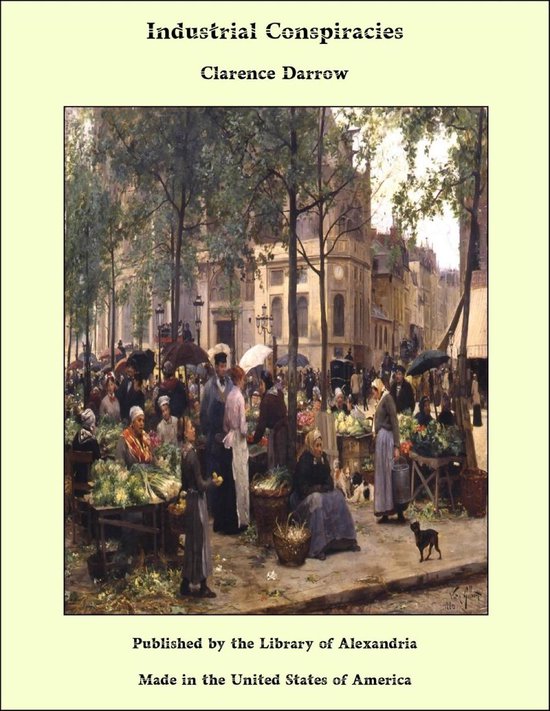 I feel very grateful to you for the warmth and earnestness of your reception. It makes me feel sure that I am amongst friends. If I had to be tried again, I would not mind taking a change of venue to Portland (applause); although I think I can get along where I am without much difficulty. The subject for tonight's talk was not chosen by me but was chosen for me. I don't know who chose it, nor just what they expected me to say, but there is not much in a name, and I suppose what I say tonight would be just about the same under any title that anybody saw fit to give. I am told that I am going to talk about "Industrial Conspiracies." I ought to know something about them. And I won't tell you all I know tonight, but I will tell you some things that I know tonight. The conspiracy laws, you know, are very old. As one prominent laboring man said on the witness stand down in Los Angeles a few weeks ago when they asked him if he was not under indictment and what for, he said he was under indictment for the charge they always made against working men when they hadn't done anything—conspiracy. And that is the charge they always make. It is the one they have always made against everybody when they wanted them, and particularly against working men, because they want them oftener than they do anybody else. (Applause). When they want a working man for anything excepting work they want him for conspiracy. (Laughter). And the greatest conspiracy that is possible for a working man to be guilty of is not to work—a conspiracy the other fellows are always guilty of. (Applause). The conspiracy laws are very old. They were very much in favor in the Star Chamber days in England. If any king or ruler wanted to get rid of someone, and that someone had not done anything, they indicted him for what he was thinking about; that is, for conspiracy; and under it they could prove anything that he ever said or did, and anything that anybody else ever said or did to prove what he was thinking about; and therefore that he was guilty. And, of course, if anybody was thinking, it was a conspiracy against the king; for you can't think without thinking against a king. (Applause).