Inertia IS Gravity Masses, Forces, Motions, and a Number a Little Bit Bigger Than 137 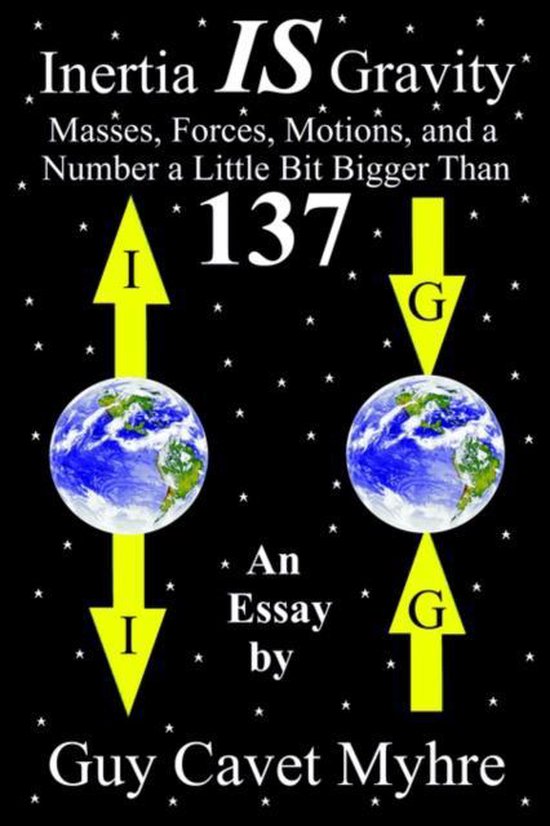 Physicists and laypersons alike, rejoice! The crumbling, 75-year-old flawed foundation of quantum-physics methodology is facing its imminent coup de gr ce, to be replaced by a new, wholly-rational foundation. Myhre's essay fires the first shot, which renders current physics textbooks instantly obsolete-Really! He begins with many insightful discoveries, the oldest, of which, dates from a half century ago, when he was a USAF pilot. It is about the great importance of inertia in our lives, of how it determines the size of our atoms and the rate of our aging, and of how Myhre eventually discovered that the number 137 is closely associated with inertia-he speculates that the magnitude of inertial force varies throughout the Universe and that it is 137 times greater in the vicinity of the Solar System than at a location in the Universe where it is at a minimum-pretty heady stuff-yet, his arguments, backed by mathematical equations, are quite convincing.;Later, he made the all-important discovery of the quantum attributes of elementary particles, which, when used as units of measure, make the universal physical constants literally vanish from quantum-based equations. This simplification of a main aspect of quantum physics lead Myhre to discover other, heretofore, unknown aspects of our physical environment-for example: the simple, but elegant, linkage between electromagnetic and gravitational force; the realization of the beginning of a quantum-gravity model; the fine-structure constant's correct definition; the role of updated Planck values in determining the possible existence of an elementary particle of matter that is mediated by the graviton; new, more-rational equations about gravitational phenomena, using the quantum attributes of the hypothetical elementary particle of matter as units of measure; and many more.;When Myhre retired, he decided to expose to the world the great truths about our quantum world that he has discovered over the decades. During that time, he kept most of his discoveries to himself because his family, friends, and associates, not being part of the physical community and, therefore, not in the know, would neither appreciate his discoveries nor recognize their importance. With the publication of this essay, Myhre hopes to prompt academic physicists to finalize the coup de gr ce that he has begun by continuing to develop this more-coherent foundation for the methodology of quantum physics, which was impossible to achieve in the late 1920s because of the lack of sufficient knowledge at that time.
Toon meer Toon minder

Originele Titel
Inertia Is Gravity: Masses, Forces, Motions, and a Number a Little Bit Bigger Than 137