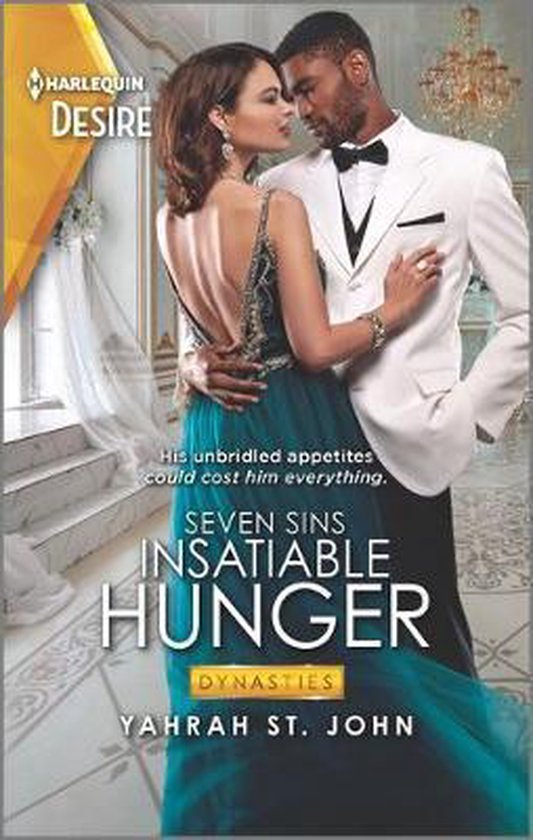 Feel the drama and passion in the Dynasties: Seven Sins series!

She&;s just a friend but he craves so much more&;
His unbridled appetites could cost him everything.

Ryan Hathaway isn&;t about to let his friend marry the wrong guy&;not when the right guy is him. But getting out of Jessie Acosta&;s friend zone could destroy his plans to become Black Crescent&;s CEO. He can&;t afford to give in to the overwhelming temptation of wanting her. But with another man looming in Jessie&;s life, Ryan can&;t afford not to&;

Harlequin Desire: Luxury, scandal, desire&;welcome to the lives of the American elite.

One man&;s betrayal can destroy generations. Fifteen years ago, a hedge-fund hotshot vanished with billions, leaving the high-powered families of Falling Brook changed forever. Now seven heirs, shaped by his betrayal, must reckon with the sins of the past. Passion may be their only path to redemption. Experience all Seven Sins!

Book 1: Ruthless Pride by Naima Simone
This CEO&;s pride led him to give up his dreams for his family. Now he&;s drawn to the woman who threatens everything&;

Book 3: Insatiable Hunger by Yahrah St. John
His unbridled appetite for his closest friend is unleashed when he believes she&;s fallen for the wrong man&;

Book 4: Hidden Ambition by Jules Bennett
Ambition has taken him far, but revenge could cost him his one chance at love&;

Book 5: Reckless Envy by Joss Wood
When this shark in the boardroom meets the one woman he can&;t have, envy takes over&;

Book 6: Untamed Passion by Cat Schield
Will this black sheep&;s self-destructive wrath flame out when he&;s expecting an heir of his own?

Book 7: Slow Burn by Janice Maynard
If he&;s really the idle playboy his family claims, will his inaction threaten a reunion with the woman who got away?
Toon meer Toon minder