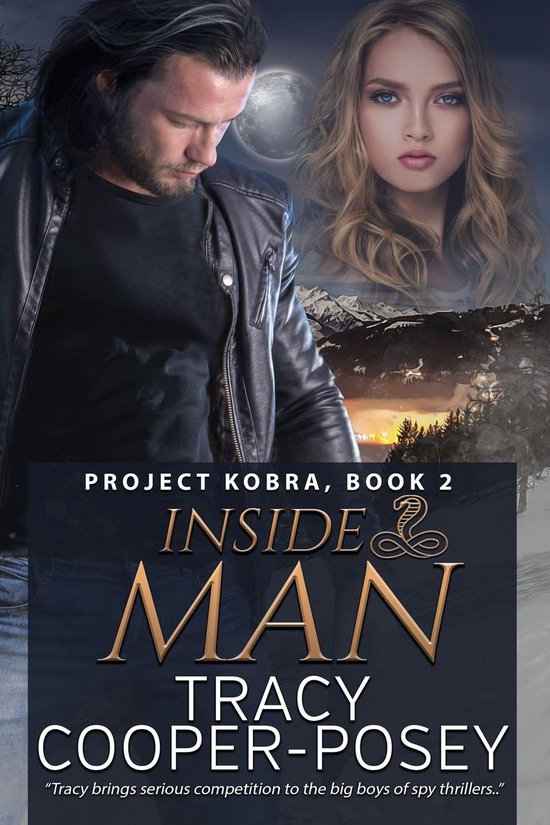 It's her job to protect Cain…if she doesn't kill him herself.


Agata Kelsey is an MIT Engineering Honors graduate, speaks six languages fluently, and a CIA operative with no time for fools. As punishment for a job gone wrong, she is assigned to the Paris-based security detail guarding Cain Ishmael Warren, the wild, uncontrollable son of former Vice President Warren.


Cain Warren resents his security detail with every shred of his rotten, irredeemable soul, especially the most recent addition, a lightweight piece of fluff with a mouth and an attitude. He ditches them at every opportunity, except she's hard to shake off.


When trouble arrives, Cain is shocked because it's nothing to do with him. An old enemy of Agata's puts them both in his sights, forcing Agata to run--and take Cain with her on a chase across France and into the Alps wilderness, with the Kobra's venomous Gavriil Zima far too close behind them...


This romantic thriller is the second book in the Project Kobra series.

…and more to come!


Praise for Inside Man


*With some authors you know that you are going to like whatever they may produce, and Tracy is one of them, she could make a shopping list interesting!


Fantastic story, especially when you like a kick-ass lady and dark, bad boy persona guy.


Brilliant read. Thanks for that Tracy. Well done on book 100.


The reader will feel the chill of crisp snow, and harsh conditions of the mountains, even the bone-crushing exhaustion as Agata and Cain fight to survive.


Tracy Cooper Posey once again proves why she is a master at the Romantic Thriller genre.


This had to be one of my favorites of Tracy's numerous works. I haven't read all 100, but I'm getting close to it, and I have yet to be disappointed!


You always learn new, interesting and insightful things when you read Tracy's books, her research is amazing!


What a whirlwind adventure! I never saw that coming and now I'm stuck in another series! Awesome!*


Tracy Cooper-Posey is a #1 Best Selling Author. She writes romantic suspense, historical, paranormal and science fiction romance. She has published over 100 novels since 1999, been nominated for five CAPAs including Favourite Author, and won the Emma Darcy Award.


She turned to indie publishing in 2011. Her indie titles have been nominated four times for Book Of The Year. Tracy won the award in 2012, and an SFR Galaxy Award in 2016 for "Most Intriguing Philosophical/Social Science Questions in Galaxybuilding" She has been a national magazine editor and for a decade she taught romance writing at MacEwan University.


She is addicted to Irish Breakfast tea and chocolate, sometimes taken together. In her spare time she enjoys history, Sherlock Holmes, science fiction and ignoring her treadmill. An Australian Canadian, she lives in Edmonton, Canada with her husband, a former professional wrestler, where she moved in 1996 after meeting him on-line.