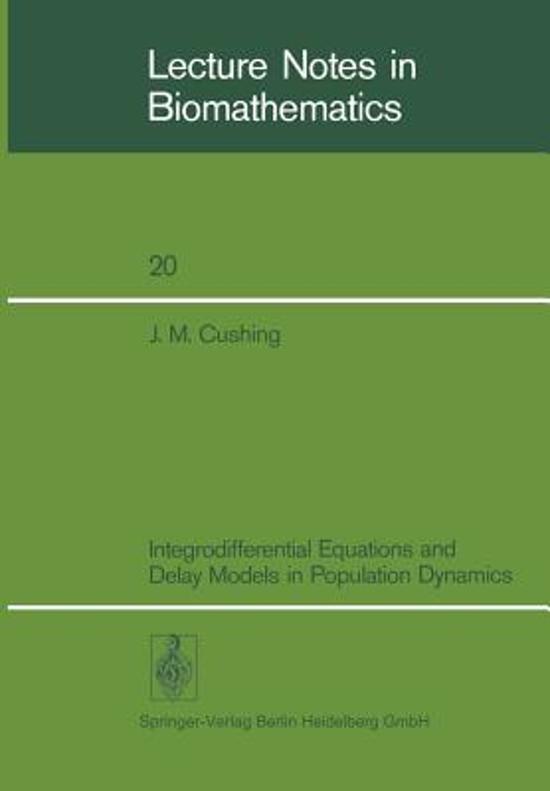 These notes are, for the most part, the result of a course I taught at the University of Arizona during the Spring of 1977. Their main purpose is to inves­ tigate the effect that delays (of Volterra integral type) have when placed in the differential models of mathematical ecology, as far as stability of equilibria and the nature of oscillations of species densities are concerned. A secondary pur­ pose of the course out of which they evolved was to give students an (at least elementary) introduction to some mathematical modeling in ecology as well as to some purely mathematical subjects, such as stability theory for integrodifferentia1 systems, bifurcation theory, and some simple topics in perturbation theory. The choice of topics of course reflects my personal interests; and while these notes were not meant to exhaust the topics covered, I think they and the list of refer­ ences come close to covering the literature to date, as far as integrodifferentia1 models in ecology are concerned. I would like to thank the students who took the course and consequently gave me the opportunity and stimulus to organize these notes. Special thanks go to Professor Paul Fife and Dr. George Swan who also sat in the course and were quite helpful with their comments and observations. Also deserving thanks are Professor Robert O'Malley and Ms. Louise C. Fields of the Applied Mathematics Program here at the University of Arizona. Ms. Fields did an outstandingly efficient and accu­ rate typing of the manuscript.
Toon meer Toon minder