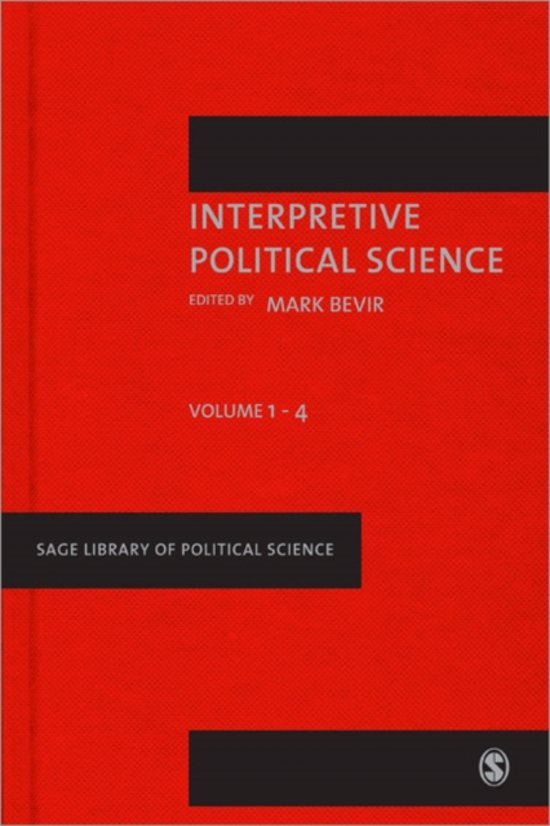 'Interpretive' political science describes a broad range of approaches that challenge scientism for its lack of sensitivity to meanings, subjectivity and historical context. Much interpretive political study is founded on the insistence on the importance of meanings in human action and draws on the rich philosophical traditions of Schultz, Foucault, Derrida and Ricoeur, joined in the 1980s and 1990s by radical scholars influenced by cultural Marxism and post-foundationalism. Interpretive Political Science would capitalise on the growth and vigour of this field of study, and bring together for the first time a selection of writings that encompass theory and methods as well as policy and practice.