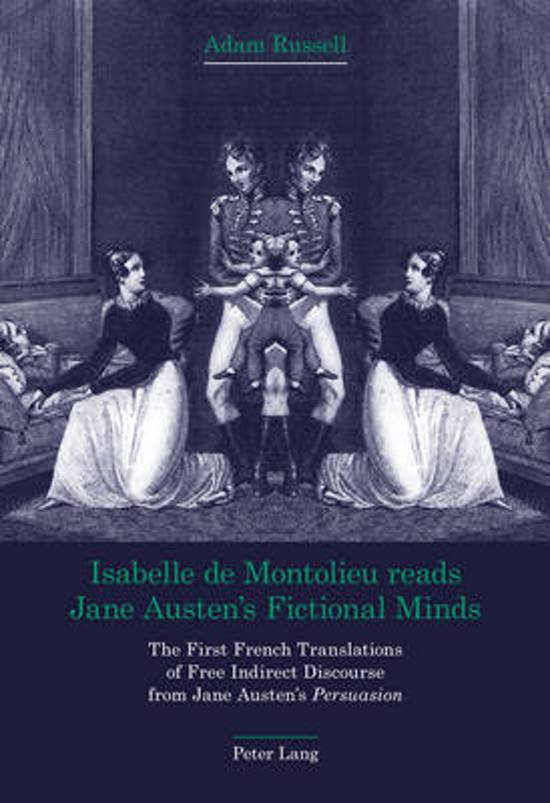 The hallmark technique of Jane Austen's mature writing - known as free indirect discourse (FID) - is responsible for what has become known as the inward interest of Austen's writing. In Persuasion, FID is used extensively to represent the complex life of the heroine's mind as she converses with herself. Austen's posthumously published late novel Persuasion was first translated into French in 1821 by Isabelle de Montolieu as La Famille Elliot, ou l'ancienne inclination. The present study focuses on the question of how Montolieu handled FID in her French translation: At the time she was translating Persuasion into French, FID did not exist as a formal grammatical category. Neither did Montolieu have the possibility of seeking a model in the works of Flaubert - whose own extensive and innovative use of FID is comparable to Austen's - as he was writing much later in the century. Previous translation studies have completely ignored this very crucial aspect of this translation. The author adopts a cross-disciplinary approach encompassing the history of publication, Jane Austen studies, translation studies, and narratology. This book tests the applicability of the conceptual framework of narratology within the field of Translation Studies. The author identifies key analytical concepts from the field of narratology and applies them to Montolieu's translation with the aim of revealing what happened to Austen's FID when Persuasion was first translated into French.
Toon meer Toon minder