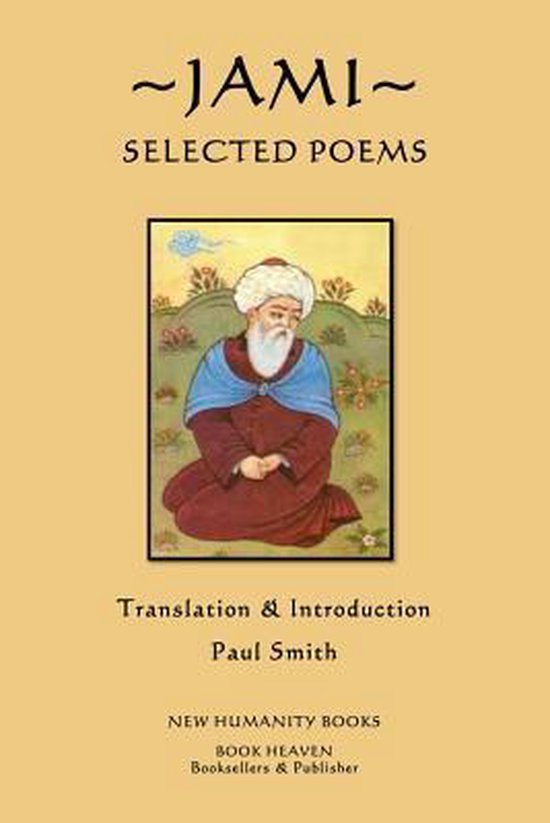 JAMI: SELECTED POEMSTranslation, Introduction by Paul SmithJami (1414-1493), is still considered the last great poet of the Classical Period (10th-15th C.) of Persian Poetry is mostly known for his masterpiece seven masnavi epics including his masterpieces Joseph and Zulaikh also Layla and Majnun, Chain of Gold and Book of the Wisdom of Alexander. He also composed three Divans consisting of ghazals rubais and other profound, mystical poems. Here is the largest number of his ghazals and rubais translated into English and a good selection from most of his masnavis. Included in the Introduction the life of Jami and a chapter of Sufism in Persian Poetry and on the various forms of poetry he used and a Selected Bibliography. The correct rhyme-structure is kept as well as the beauty and meaning of these beautiful, mystical poems. 259 Pages.COMMENTS ON PAUL SMITHS TRANSLATION OF HAFIZS DIVAN.It is not a joke... the English version of ALL the ghazals of Hafiz is a great feat and of paramount importance. I am astonished. If he comes to Iran I will kiss the fingertips that wrote such a masterpiece inspired by the Creator of all. Dr. Mir Mohammad Taghavi (Dr. of Literature) Tehran.Superb translations. 99% Hafiz 1% Paul Smith. Ali Akbar Shapurzman, translator and knower of Hafizs Divan off by heart.I was very impressed with the beauty of these books. Dr. R.K. Barz. Faculty of Asian Studies, Australian National University.Smith has probably put together the greatest collection of literary facts and history concerning Hafiz. Daniel Ladinsky (Penguin Books author). Paul Smith is a poet, author and translator of over 80 books of Sufi poets of the Persian, Arabic, Urdu, Turkish, Pashtu and other languages including Hafiz, Sadi, Nizami, Rumi, Attar, Sanai, Jahan Khatun, Obeyd Zakani, Muin, Amir Khusrau, Muir, Nesimi, Kabir, Anvari, Ansari, Jami, Khayyam, Rudaki, Yunus Emre, Shah Latif, Muin and others, and his own poetry, fiction, plays, biographies, childrens books and screenplays.
Toon meer Toon minder