January 1 The Story of a Special Day 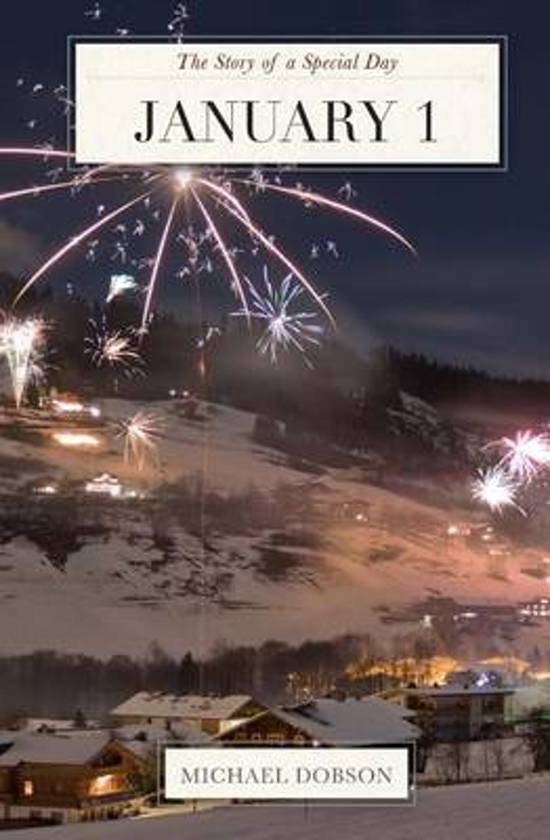 JANUARY 1: HAPPY NEW YEAR! What’s the secret history of New Year’s Day? The strange but true story of how January 1 became the first of the year in most of the world, along fascinating new year customs from many cultures!Welcome to THE STORY OF A SPECIAL DAY, the special occasion gift they'll never throw away — a whole book for the price of a premium card! The story of a special day......What happened in history?...Who was born?...Who died?What happened on *your* special day?From celebrations around the world to significant moments in history, birthdays, zodiac signs, and all-month events, this book makes a perfect birthday present or anniversary gift — one that will be kept and remembered long after an ordinary birthday card has been forgotten! Besides New Year’s, January 1 is also the day that……”Amazing Grace” was sung in public for the first time (1773)…Continental Army soldiers revolted in the Pennsylvania Line Mutiny (1781)…the US outlawed the importation of slaves (1808)…the Emancipation Proclamation went into effect (1863)…and in Times Square, a ball signifying the start of the new year was dropped for the first time. (1908)Many amazing people were born on New Year’s Day, including FBI chief J. Edgar Hoover, double agent Kim Philby, flag seamstress Betsy Ross, reclusive author J. D. Salinger, and midnight rider Paul Revere.Singers Patti Page and Hank Williams died on January 1, along with pioneering computer scientist Admiral Grace Hopper, who famously said, “It’s easier to ask forgiveness than to seek permission.”In addition to New Years, January 1 is also the last day of Kwanzaa, the eighth day of Christmas, National Bloody Mary Day, Global Family Day, and in Montserrat, it’s Jump-Up Day! January 1: The Story of a Special Day is packed with rare historical photos and fascinating facts. Plus, holidays around the world; birthday gems, flowers, and other symbols; horoscope signs; sayings and superstitions; and much, much more!With 82 pages packed with 41 historic photographs and illustrations, The Story of a Special Day is a feast for the eyes as well as for the brain. A perfect birthday present or anniversary gift, January 1: The Story of a Special Day will make anyone feel special on his or her very special occasion. Look for upcoming titles covering each and every day of the year...because every day is a special day for someone you know!
Toon meer Toon minder