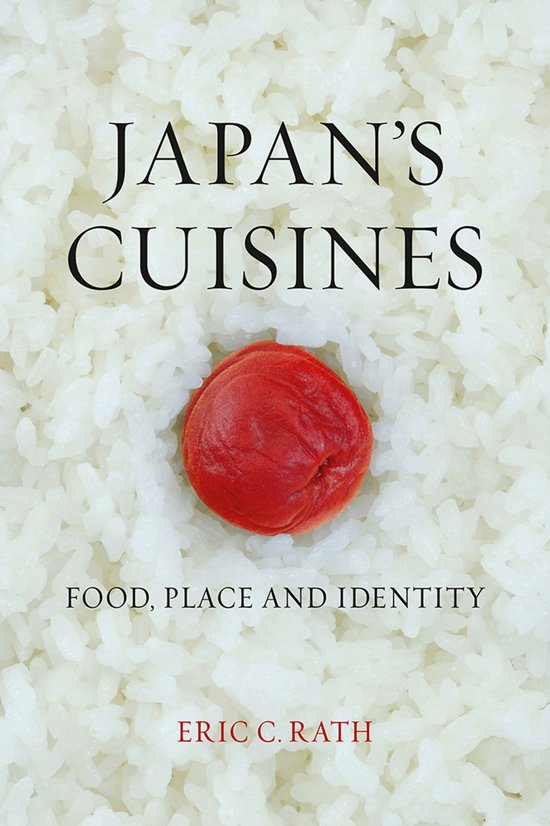 Cuisines in Japan have an ideological dimension that cannot be ignored. In 2013, "traditional Japanese dietary cultures' (washoku) was added to UNESCO's Intangible Cultural Heritage list. Washoku's predecessor was "national people's cuisine," an attempt during World War II to create a uniform diet for all citizens.

Japan's Cuisines reveals the great diversity of Japanese cuisine and explains how Japan's modern food culture arose through the direction of private and public institutions. Readers discover how tea came to be portrayed as the origin of Japanese cuisine, how lunch became a gourmet meal, and how regions on Japan's periphery are reasserting their distinct food cultures. From wartime foodstuffs to modern diets, this fascinating book shows how the cuisine from the land of the rising sun shapes national, local, and personal identity.

Rath challenges commonly held views of traditional Japanese cuisine, advocating an expanded definition that represents the true complexity of the country's food. . . . The author manages to draw links between past and present that enliven the text. . . . Rath's book is engaging and thoroughly researched. . . . This volume makes a worthy contribution to our understanding of Japanese society, the diversity of its cuisines, and how the development of both are unavoidably intertwined. --Asian Affairs Japan's Cuisines is a fascinating look at the ideological underpinnings of washoku in its various historical and contemporary forms. Rath draws on history, folklore, and literature to emphasize his arguments. . . . He has written a much needed book on Japan's food culture. . . . Japan's Cuisines is comprehensive, well written, and informative. --New Books Asia Offers a well-informed and lucid critique of the government-led addition of the 'traditional dietary cultures of the Japanese (washoku)' to the UNESCO list. --Huffington Post In Japan's Cuisines, Rath argues that, by focusing on ceremonial and festival foods, and the typical white-rice dinners of today's middle class and the past's elite, Japanese culinary history is inaccurately portrayed. The food of the rural and lower classes is unfairly omitted. --Times Literary Supplement This wise and richly documented study provides an important corrective to the many misconceptions about Japanese food culture. Rath moves skillfully between high cuisine and the great diversity of local foodways to reveal how class cultures, national institutions, and economic change have shaped what Japanese eat and what most people think of as typical Japanese cuisine. --Jordan Sand, Georgetown University Rath's Japan's Cuisines is an examination of the ideology of a nation's food and it ties to cultural identity. Rath does an exceptional job exposing the realities of contemporary Japanese foodways versus national Japanese cuisine, and the conceptual evolution of what constitutes Japanese food. This is a revelatory book if sushi and tea ceremony foods are the definition of Japanese food for the reader. . . . This is an enlightening and engaging read that will alter widely held ideas of Japanese food. Highly recommended. --Choice
Toon meer Toon minder