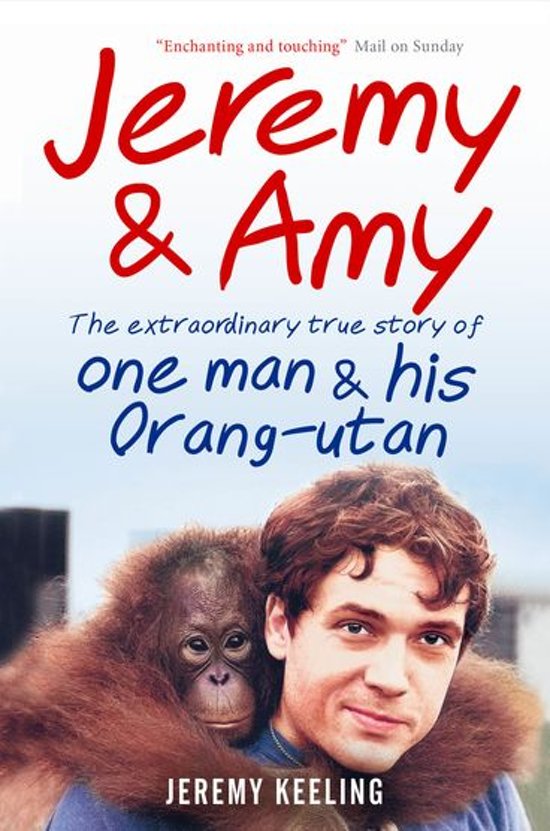 Jeremy Keeling first met Amy, an abandoned orang-utan, when he was looking after the private menagerie of music impresario Gordon Mills. Amy had been born to an orang-utan with no maternal instincts and Jeremy, feeling a connection with the rejected primate, hand-reared her. A friendship was forged that would become the defining relationship of both their lives. One day in 1984, when Jeremy was driving along with one-year-old Amy sitting beside him in the passenger seat, he fell asleep at the wheel and caused a horrific car crash. The first policeman on the scene crawled into the wreckage where he was staggered to see a hairy, non-human hand cradling Jeremy's head amid the glass and twisted metal: having been saved by Jeremy, Amy now refused to let him go. For Jeremy, it was to be a long convalescence, but he and Amy joined forces with Jim Cronin, a tough-talking primate-lover from the Bronx, who shared his vision of creating a sanctuary for abused and abandoned monkeys. Pooling their knowledge, passion and meagre resources, the two men took on a derelict pig farm in Dorset and, over the next twenty years, slowly transformed it into a 65-acre, cage-less sanctuary for beleaguered primates, rescued from poachers, photographers and scientists on daring raids. Monkey World is now internationally famous and attracts some 800,000 visitors a year. This is a high-wire adventure story of grit and determination, and of love, hope and 88 Capuchin monkeys in the back of a Hercules transport plane, but most of all, at its heart, it is an inspiring tale of the life-changing bond between one man and his ape.