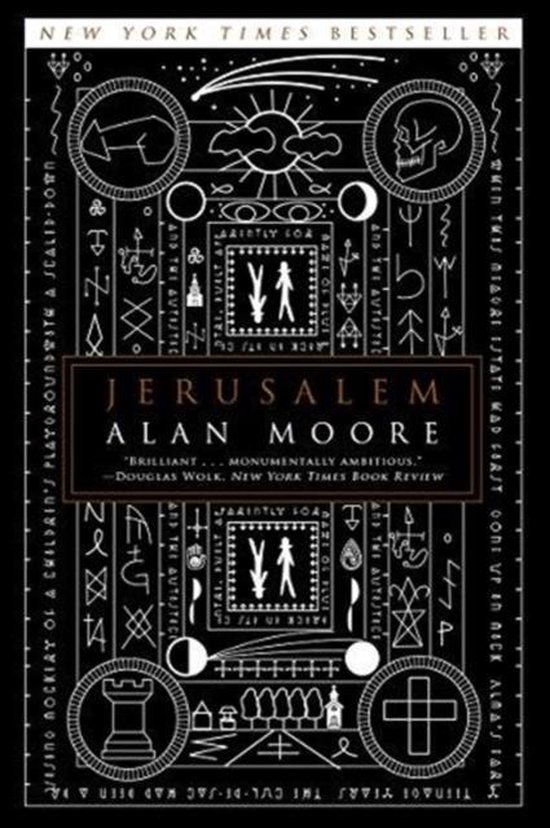 Alan Moore was born November 18, 1953 in Northampton, England, an industrial town between London and Birmingham. The oldest son of brewery worker Ernest Moore and printer Sylvia Doreen, Moore's childhood and youth were influenced by the poverty of his family and their environment (as well as the eccentricities of his highly religious and superstitious grandmother). Moore married in 1974, eventually having two daughters.

Moore's early contributions were to Doctor Who Weekly and the famous science-fiction title 2000 AD, under which Moore created several popular series, such as The Ballad of Halo Jones, Skizz, and D.R. & Quinch. Moore then worked for Warrior, a British anthology magazine. It was on this title that Moore began two important series: Marvelman (known in the United States as Miracleman), a revisionist superhero series, and V For Vendetta, Moore's groundbreaking tale of the fight for freedom and dignity in a fascist and dystopian Britain, both of which earned him the British Eagle Awards for Best Comics Writer in 1982 and 1983.

In 1986 Moore finished Watchmen. This became the first comic book to be a recipient of the prestigious Hugo Award.

Later, Moore finished his run on Swamp Thing, completed the V For Vendetta storyline and wrote quite possibly the best Joker story ever in Batman: The Killing Joke.

Begging comparisons to Tolstoy and Joyce, this magnificent, sprawling cosmic epic (Guardian) by Alan Moore-the genre-defying, groundbreaking, hairy genius of our generation (NPR)-takes its place among the most notable works of contemporary English literature. In decaying Northampton, eternity loiters between housing projects. Among saints, kings, prostitutes, and derelicts, a timeline unravels: second-century fiends wait in urine-scented stairwells, delinquent specters undermine a century with tunnels, and in upstairs parlors, laborers with golden blood reduce fate to a snooker tournament. Through the labyrinthine streets and pages of Jerusalem tread ghosts singing hymns of wealth and poverty. They celebrate the English language, challenge mortality post-Einstein, and insist upon their slum as Blake's eternal holy city in Moore's apotheosis, a fourth-dimensional symphony (Entertainment Weekly). This brilliant . . . monumentally ambitious tale from the gutter is a massive literary achievement for our time-and maybe for all times simultaneously (Washington Post).
Toon meer Toon minder