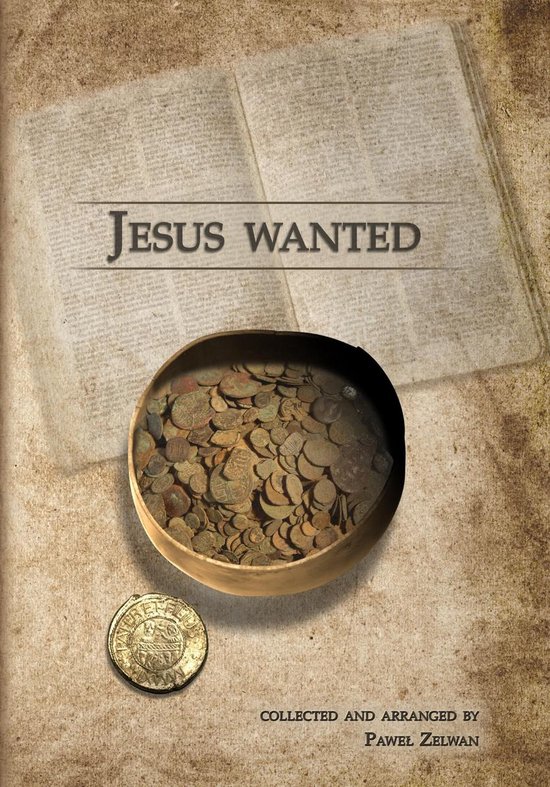 The book "Jesus wanted" is a personal call for the verification of common representations of the figure and identity of the Originator of Christian faith. The call is addressed primarily to believers, but only due to the same reason why the Master of Nazareth gave priority access to the benefits of the Gospel to the elect of his Father.
I therefore also direct the invitation to face the thought and faith contained herein to Readers who are only loosely or even antagonistically connected to the Christian tradition, hoping to foster their discovery that the dislike towards the twofold distinctions of all the denominations of this religion has its grounds not in the truth about the Savior of the world, but in the passionate lies about his alleged predilections. I wish them that they would be able to draw reasonable, vital conclusions from that fact.
Pawel Zelwan
===========================
It is hard to overestimate the role of the media in spreading gospel content. From the first collections of commentaries to the Scripture and the centuries-old heritage of visual arts to the contemporary Internet services, the space of the Old and New Continent is being filled abundantly with testimonies of norms and images concerning the role and the purposes of the deity manifested in Christ.

The basic question of this original collection is whether this role isn't too big, especially that it is difficult for sober-minded people to call the history of Christianity its triumph, progress or even glory, and the good news of its luminaries too often bears obvious hallmarks of not-too-refined propaganda. The author's thesis is that the contemporary followers of Christ are no closer to the truth than the officious Jews of two thousand years ago who were toiling to drive the Messiah into a corner.

The political, economical, social and cultural realities have changed. The very norms and content as well as means of information transfer have also undergone a transformation, but still not only few care what the Righteous One thought, felt and what He wanted, but even the Originator of Christian faith seems to be in the light of the author's revelations – as ages ago – a persona non grata.

An ingenuous encouragement to verify this thesis is the near perspective of the confrontation of Christian convictions, notions and expectations with the reckonings and dignity of the Holy One of Israel. To what extent can this perspective be a real and convenient one – the author leaves this question to the conscience and consideration of the Reader.