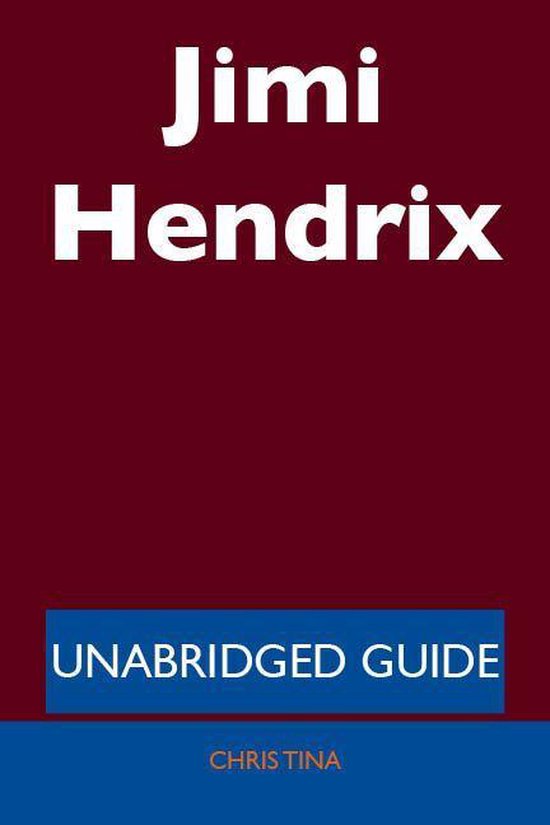 Complete, Unabridged Guide to Jimi Hendrix. Get the information you need--fast! This comprehensive guide offers a thorough view of key knowledge and detailed insight. It's all you need.

...In the 1967 film See My Music Talking (later released as Experience) which was made for TV to promote his recently released Axis: Bold as Love LP, he spoke about his first parachuting experience: . . . once you get out there everything is so quiet, all you hear is the breezes-s-s-s. . . . .

...Bill 'Hoss' Allen's memory of Hendrix's supposed participation in a session with Billy Cox in November 1962, in which he cut Hendrix's contribution due to his over-the-top playing, has now been called into question; a suggestion has been made that he may have confused this with a later 1965 session by Frank Howard and the Commanders in which Hendrix participated.

...Both versions offered a startling introduction to the Jimi Hendrix Experience, and the album was a blueprint for what had become possible on an electric guitar, basically recorded on four tracks, mixed into mono and only modified at this point by a fuzz pedal, reverb and a small bit of the experimental Octavia pedal on Purple Haze, produced by Roger Mayer in consultation with Hendrix.

There is absolutely nothing that isn't thoroughly covered in the book. It is straightforward, and does an excellent job of explaining all about Jimi Hendrix in key topics and material. There is no reason to invest in any other materials to learn about Jimi Hendrix. You'll understand it all.