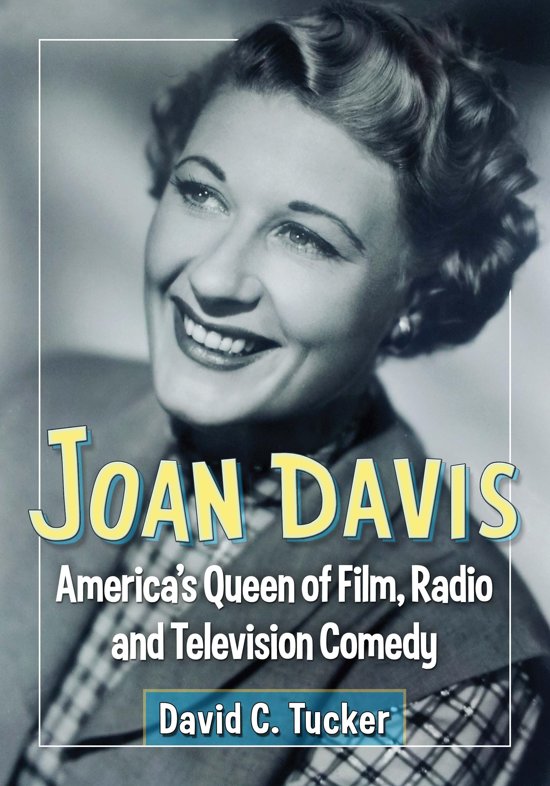 The Emmy-nominated star of the classic 1950s sitcom I Married Joan, Joan Davis (1912-1961) was also radio's highest paid comedienne in the 1940s--and she displayed her unique brand of knockabout comedy in more than forty films. This book provides a complete account of her career, including a filmography with critical commentary, and the most detailed episode logs ever compiled for her radio and television programs. A biographical chapter offers never-before-published information about her family background, marriage to vaudeville comedian Si Wills and relationships with other men, and her tragic early death.

David C. Tucker is one of McFarland's very best authors. Not only does he write well, his research skills are impeccable. --Classic Images; highly recommended --Midwest Book Review; it manages to document more fully than any other volume anywhere the complete body of work she produced. Tucker adds details, plots, and interesting background anecdotes about these films not likely to be found in other sources. He also offers the best and certainly the most complete examination of Joan Davis' radio career ever assembled...exciting and valuable --The Radio Collectors of America.